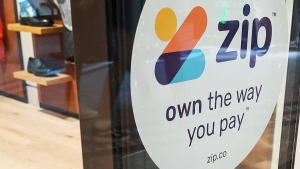 Zip has been one of the biggest Australian buy now pay later (BNPL) success stories, second only to Afterpay. Zip, Afterpay and others have been so successful that other financial firms are hopping on the BNPL bandwagon, from PayPal to incumbent lenders like Commonwealth Bank. As the market grows more crowded and restrictive regulations loom, Zip is looking to expand overseas, including Canada, Europe and Southeast Asia.

With its push for global expansion, Zip is following in the footsteps of Afterpay. The latter firm now counts the U.S. as its largest market, and may even delist from the ASX in favor of the Nasdaq. Australia’s domestic market of 25 million people has proven to be a good place for BNPL startups to launch, especially with the growing preference of its young people for interest-free installment payments over credit cards. However, for a growth-focused fintech startup, Australia alone is not large enough to achieve satisfactory economies of scale.

In mid-April, Zip said it would raise US$307 million through senior unsecured convertible notes to fund its expansion. The notes are expected to be listed on the Singapore Exchange (SGX). “The additional capital from this offering will support the active pursuit of both core and international growth opportunities,” chief operating officer Peter Gray said in a statement.

Asia is one area where Zip will focus international expansion efforts. The company recently forayed into Southeast Asia by taking an undisclosed stake in the Philippines’ TendoPay. The three-year-old payments startup offers digital instalment plan solutions with repayment terms ranging from 15 days to 24 months.

In late May, Zip said it would acquire payments firm Twisto for AU$140 million, a deal that the Australian company hopes will allow it to gain a foothold in the European continent’s burgeoning e-commerce market. While Twisto’s core markets are Poland and the Czech Republic, it also has a license to provide payments across the European Union’s 27 member states, subject to regulatory permission.

At the same time it announced the Twisto deal, Zip also said it would take an AU$21 million stake in the Middle Eastern BNPL firm Spotii, which was founded in 2020 and operates in both Saudi Arabia and the United Arab Emirates.

Zip already held minority stakes in both Twisto and Spotii prior to the two recent deals.

Tags:
More in this category: « Covid outbreak may be Taiwan’s cashless turning point Why are BNPL firms foraying into banking? »
back to top