Australia’s Zip is putting out fires 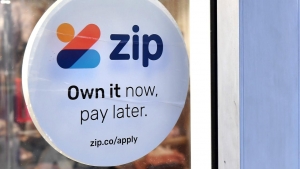 Looking at the recent earnings statement of Australia’s Zip, we have to give the company credit for being able to put a positive spin on a troubled story. As a buy now, pay later (BNPL) firm that overextended itself, Zip now faces double trouble: a problematic business model and resources that are stretched too thin. But the fourth fiscal quarter earnings statement (April to June) highlights Zip’s revenue rising 27% year-on-year to AU$160.1 million and a 20% increase in transaction volume. Losses, however, represented 2.7% of the value of transactions.

While Zip may be generating more revenue, its forecast of being profitable by FY 2024 sounds optimistic. After all, in the first half of FY 2022 it lost AU$172.7 million though revenue rose 89%.

That is why Zip is now frantically trying to cut costs. In the last few weeks alone, it has nixed its planned merger with Sezzle, shuttered its Singapore operations and “deprioritized” (shelved?) its cryptocurrency trading products, plans to wind down its business-lending unit and retire its Pocketbook app that it acquired in 2016 for AU$7.5 million. We wonder how Pocketbook’s 800,000 users feel about that decision.

One cannot blame Zip too much for the crypto foray. It makes sense to try and cross-sell a crypto product on a BNPL platform due to the crossover in the user demographic. But the timing was wrong.

As for Zip’s previous M&A shopping spree, in retrospect it may have been a bit overambitious. In recent research notes, UBS analyst Tom Beadle noted that following the flurry of acquisitions, including QuadPay, Spotti, and Twisto, the company saw a significant” increase in its bad and doubtful debts as a percentage of its total receivables during the 2021 financial year and the first half of 2022. Zip’s international markets performed worse than its Australian and New Zealand businesses in terms of bad and doubtful debt expenses as a percentage of receivables as well, which may explain why the company is winding down most global operations save the United States, which remains integral to its business plans.

With that in mind, Zip’s decision not to go forward with the Sezzle deal is probably for the best. Announced in February, the deal would have given the two companies a combined 13.4 millon customers (Zip’s 10 million and Sezzle’s 3.4 million) and 129,000 merchants (Zip’s 82,000 and Sezzle’s 47,000). However, it also would have saddled Zip with more of the type of bad debt it is trying to pare down.

At the same time, Zip doesn’t need more customers or merchants so much as it needs to figure out how to earn a profit from its existing ones. That will be more difficult in the coming months and maybe years than at any time during Zip's first nine years of operation. The BNPL business model was borne from an unusual low-interest rate environment that made it relatively easy for BNPL companies to raise funds and a low cost and offer installment payments to their customers. Investors were generally happy as long as the companies grew expeditiously. Going forward, BNPL companies will either have to figure out how to make their business model profitable or exit the market.

More in this category: « Australia’s BNPL firms face a day of reckoning Stripe is gradually growing its APAC footprint »
back to top