Australia’s Zeller finds that it pays to bet on SMEs 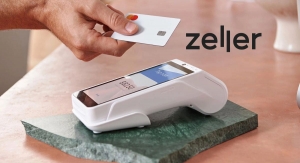 The performance of Australian neobanks so far has been a bit underwhelming. Of the best known four (not to be confused with the big four), only Judo Bank has been an unequivocal success. Xinja collapsed about a year after receiving its banking license; 86 400 threw in the towel when it received an offer from National Australia Bank (NAB) it could not refuse, and Volt is pivoting to banking as a service. Given that it is targeting a similar SME customer demographic to Judo, the ascendant Aussie fintech Zeller could be more successful than the digital lenders focusing on the retail market.

While Zeller is not yet a full-fledged bank, it is moving in that direction. Australian Financial Review refers to the company as an “out-of-the box payments provider for businesses” that aims to be a “one-stop shop for businesses’ banking needs.”

In early March, Zeller announced it had raised more than AU$100 million in its Series B round, doubling its valuation to more than AU$1 billion. Investors in the round included Headline, the Australian superannuation fund Hostplus, Square Peg, Addition and Spark Capital. Overall, Zeller has raised more than AU$181 million since June 2020.

Since Zeller is barely two years old, its rise to near unicorn status (in USD its valuation is US$727 million) is impressive, and at this rate may achieve the US$1 billion milestone faster than Airwallex, holder of the current record for Aussie fintech startups (though Airwallex is now headquartered in Hong Kong). The cross-border payments firm became a unicorn just 3 ½ years after its founding in March 2019.

Australian SMEs are perpetually in need of credit and often do not get what they need from incumbent lenders. Research conducted by Zeller on Australian banking customers found that three in five business owners left incumbent lenders “due to dissatisfaction with outdated technology, poor reliability, and ongoing reductions to bank services including branch closures and customer support.”

With that in mind, Zeller says it has signed up 10,000 Australian businesses in eight months. Crucially, 80% of those customers switched over to the fintech startup from an incumbent lender and the company says that most of them now use the Zeller account as their primary account. This is the area where many neobanks falter. Having lots of customer accounts and having lots of customer accounts with substantial balances in them are not one and the same.

More in this category: « India’s BNPL market is still far from peaking Nepal’s fintech opportunity »
back to top