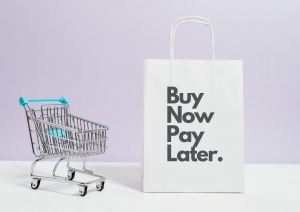 We would say that the gravy train has been derailed for Australia’s cash-incinerating buy now, pay later (BNPL) firms, but they may not be exactly right. After all, “gravy train” implies making easy money and most of these companies never made money in the first place – if our key metric is profitability. The problems for these firms are manifest, from intense competition – and especially the arrival of deep-pocketed incumbents and tech firms to the market – to looming regulation and widening losses.

Before we dive into the details of Australia’s BNPL day of reckoning, it is worth mulling the fundamental problem with these firms’ business models: a de facto form of credit, unregulated, being offered as installment payments to young consumers (who may not qualify for a credit card) and who do not fully understand the implications of missing a payment or two. Meanwhile, the companies must heavily subsidize consumers to use their services.

It is no surprise that with this type of business model, the BNPL firms are deep in the red, bad debt is surging in Australia and pressure for regulation is mounting. Research by Australian consumer advocacy group Choice has found that 30% of Aussies have used a BNPL service in the past 12 months and half of those have missed or been late on a payment. Further, 78% of people who have missed or been late on a BNPL payment have experienced financial hardship as a result of fees, forcing them to take out an additional loan or foregoing household essentials. That does not sound like “facilitating financial inclusion” to us, which is how BNPL firms often present themselves.

Even if we argue that the majority of Aussie BNPL users are not mired in bad debt, which appears to be the case, the companies themselves are losing more money than ever. In its first earnings report since being taken over by U.S. group Block, Afterpay recorded a net loss of AU$345.5 million for the half year that ended December 2021, up significantly over its AU$79.2 million loss it reported in the previous half. Operating expenses, driven in part by rising bad debts, rose to AU$176.8 million from AU$72.1 million a year earlier. And of course, “higher marketing costs,” (we could say “higher subsidies”) were also responsible for the widening losses.

Zip, another prominent Aussie BNPL firm, is not faring much better. The company said in late April it would adjust its risk settings after credit losses in its fiscal third quarter exceeded its target range. Though Zip highlighted that the total value of transactions on its platform increased 26% year-on-year, but UBS analysts said that increase was below market expectations. Thus far this year, Zip’s share price has fallen by about 70%.

Regarding the long-term prospects of Aussie BNPL firms, it will depend to some degree on the nature of the regulation Australia enacts, which is set to be decided by the middle of the year. If the Reserve Bank of Australia decides that BNPL providers can no longer prevent merchants from passing on the cost of the service to customers, which represents about 4% of the price of purchased goods, the platforms may lose some attractiveness to consumers.

More in this category: « Nepal’s fintech opportunity
back to top