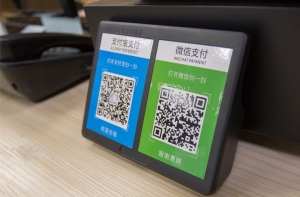 In September, PBoC deputy governor Fan Yifei said at a digital finance forum in Beijing that standardization is paramount to building a sound ecosystem for the digital renminbi. Fan advocated the integration of the digital yuan with “traditional electronic payment tools” such that a single QR code can be used in different payments scenarios. This would allow merchants to support various payment tools without increasing costs, she noted.

She added that it is important to coordinate with “all parties” to enhance data security protection to “avoid user information leakage and eliminate data security risks.”

To be sure, Alipay and WeChat Pay benefited in the past from their walled ecosystems that required payment with a specific QR code. Tearing down those walls will benefit both consumers and merchants. But we are not so sure that the e-CNY will be the game changer that its boosters say it will be.

The reason is simple: Most Chinese consumers are significantly invested in the Alipay and WeChat Pay platforms. They use them not only for payments, but a wider array of digital financial services, as well as communication, entertainment, ride hailing, food delivery, and the list goes on. Just because a unified QR code becomes available, that does not mean consumers will pay with the e-CNY. What will the digital yuan’s ecosystem include? What motivation is there to use this ecosystem? These are questions that the Chinese digital fiat currency’s boosters need to answer more comprehensively.

There is the argument that smart contracts will give the e-CNY a leg up for certain large transactions where trust may be an issue. Consumers could pay a business in advance, but the digital yuan would only be released by their wallets when they receive the goods or services. But in fact, Alipay introduced its own version of “smart contracts” at its inception in 2004: an escrow service to reduce risk for both buyers and sellers. Alipay still works this way for online transactions, holding funds until both sides of the transaction are confirmed.

Another issue for the e-CNY is user privacy. It is unclear how popular a digital fiat currency will be that in theory could allow the government to track all transactions an individual makes more closely. These privacy concerns could ultimately slow adoption of the e-CNY, except in situations when its use is mandated.

More in this category: « Towards a super correspondent banking network for PSPs Buy now, pay later in Asia: The drivers and issues »
back to top