Asia will be integral to WhatsApp's super app ambitions 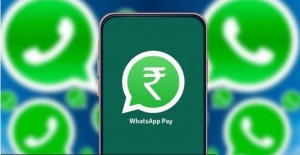 WhatsApp has something most other would-be super apps do not: the stickiness of an immensely popular messaging service. And unlike China's WeChat, WhatsApp is a global phenomenon, with large user bases in a diverse array of countries: India, Indonesia, Brazil, South Africa and the United States to name a few. Having eschewed advertising, WhatsApp hopes to monetize all those users with digibanking and e-commerce services. If WhatsApp becomes a global one-stop shop for communication, shopping and banking it will be the only app of its kind.

The process is much farther along in India, but has been arduous going. Given WhatsApp's dominance of messaging in the subcontinent, Indian regulators have been circumspect about making it easy for the company to enter the payments sector. It took several years for WhatsApp to fulfill India's data security requirements. The green light for WhatsApp Pay only came after Facebook's high-profile tie-up with local telecoms giant Reliance Jio Platforms, and then only for 20 million users, just 6% of the total for WhatsApp in India.

WhatsApp Pay arrives late to India's payments game. Google Pay and Walmart-backed PhonePe together control 86% of paramount UPI transactions, each firm with more than 40% of the market. Paytm and Amazon Pay also have some market share. New regulations effective January 2021 cap the UPI transactions any single third-party payments platform can process in a month at 30% of the total, but it is unclear how the rules will be enforced.

Key for WhatsApp Pay will be finding the right local banking partners. Thus far, it is working with State Bank of India, HDFC Bank, ICICI Bank and Axis Bank.

In Indonesia, WhatsApp faces another challenging market situation. Tech giants like Gojek, Grab and Sea Group have the largest share of the payments market. There are dozens of smaller e-wallets as well. WhatsApp Pay could leverage Facebook's investment in Gojek, perhaps, but it is unclear how two would-be super apps should integrate.

Elsewhere in Asia, with the exception of Hong Kong and Singapore, WhatsApp Pay has a negligible presence. Naver's Line dominates messaging in Japan, Taiwan and Thailand, while Kakao is preeminent in Korea. Both companies are trying to build super apps with financial services as a key feature. Meanwhile, it would be difficult for WhatsApp Pay to break into the heavily banked (both by incumbents and now digibanks) Hong Kong and Singapore markets, where users tend to use different apps for messaging, e-commerce and financial services.

More in this category: « How long can Afterpay walk on water? Momo aims for digibanking dominance in Vietnam »
back to top
© 2007 - 2021 Kapronasia