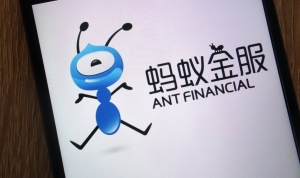 Ant Group's IPO is a big deal. In fact, the listing is expected to raise US$34 billion, would make it the biggest IPO of all time. Ant's valuation based on the pricing will be roughly US$313 billion, similar to Mastercard (US$319 billion) and JPMorgan Chase (US$309 billion). Can Ant justify that valuation? After all, the company derives the vast majority of its revenue from just one market: mainland China. And Ant has long benefited from a dearth of digital competition. Once the IPO is over, Ant will likely use some of the proceeds to fund its expansion in Southeast Asia. Ant has invested in a large number of e-wallets across the region and applied for a digital bank license in Singapore.

For all the excitement about Ant's IPO, the company has yet to prove itself outside of mainland China. Yes, Alipay is accepted worldwide, but the vast majority of users are Chinese travelers. Merchants accept Alipay to attract their business.

Meanwhile, Ant's suite of digibanking products, which includes lending, credit scoring, wealth management and insurance, is generally unavailable outside of mainland China. The exception would be Ant's virtual bank in Hong Kong, which just launched in late September.

The thing is, the margins on payments are thin. And unlike in China, where everything runs through the Alipay app, Ant has no way (not yet, anyway) to plug those disparate e-wallets into a unified ecosystem.

What Ant needs is a Singapore digital wholesale bank license so that it can sell higher margin products internationally. Not only would the company gain a foothold in Southeast Asia's paramount financial center, it would also have the chance to tailor its lending products for a brand new market. Ant has plenty of experience with SME lending in China that it could put to good use in Singapore.

A successful digital bank in the city-state would put Ant on the map internationally. Like Singapore's incumbent banks, Ant could then steadily move into neighboring countries, adjusting its business model as needed.

Elsewhere, geopolitical headwinds are picking up. India, which Ant had once targeted as a key growth market, looks increasingly out of reach. In the U.S., the idea of sanctioning Ant has been mooted. Even if the sanctions idea is an empty threat, it still says something about Ant's prospects in a market it once had high hopes for.

More in this category: « TransferWise begins to carve out a niche in Asia How is BNPL developing in Southeast Asia? »
back to top