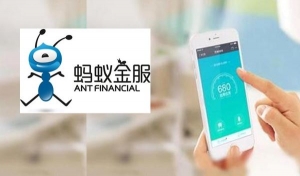 Ant Group has become one of the two most dominant forces in China's online finance market. Ant started with payments and from there expanded into micro lending, wealth management, insurance and much more. But there's only so far Ant can go in its home market, where pressure has been building from regulators and disgruntled incumbents, prompting the fintech giant to rebrand itself as a technology company. With a massive IPO imminent, Ant is looking for greener pastures overseas where it can put the cash raised from the deal to good use. Fintech friendly and financial inclusion focused, Southeast Asia fits the bill.

Ant's pivot to Southeast Asia has crystallized over the past year. In Nov. 2019, the company said it would raise up to US$1 billion to expand investments in emerging markets, notably Southeast Asia and India. Since then, Ant has made strategic investments in Vietnamese e-wallet eMonkey, India payments unicorn Paytm and Myanmar's Wave Money, as well as applied for a Singapore digital wholesale bank license. Ant is one of the top candidates in the running for the license, which allows the holder to serve non-retail customers and would cater to its strength as an SME lender.

The Singapore digital bank license would give Ant a foothold in Southeast Asia's key financial center. While competition in Singapore is stiff, SMEs there remain historically underserved. Ant's digital bank in China, Mybank, has considerable experience lending to corporate customers who wouldn't necessarily be able to get a loan from a traditional bank.

Once Ant has a Singapore digital bank license, it can likely expand to other nearby markets where it already has a footprint through ownership in a digital wallet. While each market in Southeast Asia is unique, Ant can still take its Singapore business model and adjust it for the needs of customers in different countries. Singapore's incumbent banking giants DBS, UOB and OCBC have employed such a strategy successfully across Southeast Asia over the years.

Ant has also invested in Thailand's True Money, Malaysia's Touch n' Go, Indonesia's Emtek and Dana, the Philippines' GCash and Singapore's helloPay. Of those, GCash is probably the most successful. GCash executives said in September that they expect the e-wallet to reach P1 trillion (US$20.6 billion) in transactions this year.

Ant made many of those investments in 2016-17, long before covid and the associated cashless payments frenzy. The Hangzhou-based company has long been eyeing the construction of a regional digital payments network in Southeast Asia, which could be

Southeast Asia is growing more important to Ant as geopolitical tensions mount elsewhere. In January 2018, the U.S. blocked Ant's planned US$1.2 billion acquisition of MoneyGram, citing national security concerns. More recently, as relations between China and India have soured, New Delhi introduced restrictions on Chinese FDI and banned more than 175 Chinese apps, including Alipay. Barring a dramatic turnaround in bilateral relations, Ant may have to scale back its plans for the India market.

More in this category: « InvestHK unveils Global Fast Track Programme to boost fintech development in Hong Kong Jkopay aims to build a digital banking ecosystem for Taiwan »
back to top