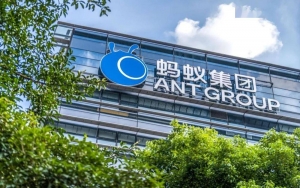 In March, Ant signaled its renewed focus on Southeast Asia with the appointment of Jia Hang as regional general manager. On the official Alizila website, Ant said the newly created role would support its efforts to serve more than one billion Southeast Asian consumers “by connecting them with e-wallets and other mobile payment methods.”

“Amid a stronger push for businesses to recover and thrive by advancing digitally to innovate for the future, we must be right where our customers are,” Jia said in a statement, adding that Ant would leverage Alipay+, a suite of cross-border mobile payments and marketing solutions launched in November, to connect merchants with payment methods.

To that end, earlier this month, Ant announced a deal with Indonesian fintech company in which it is invested Akulaku that allows users of the latter to connect with Alipay+. The new partnership brings the total number of digital partners in the Alipay+ ecosystem to 13, including Malaysia’s Touch ‘n Go, South Korea’s KakaoPay the Philippines’ GCash and Alipay Hong Kong.

The tie-up with Akulaku follows Ant in April announcing a strategic partnership with the Singapore-based payments platform 2C2P, which also operates in Thailand, Singapore and Malaysia. 2C2P is a full-suite payments platform that helps corporate customers securely accept and make payments through a single point of integration.

Ant hopes that Alipay+ can ultimately reduce interoperability hiccups in the fragmented Southeast Asia payments ecosystem. Ant has inked partnerships with various e-wallets in the region, and beyond (KakaoPay) such that if a merchant installs Alipay+, then the merchant’s customers can pay for goods and services with any of the participating wallets in the ecosystem instead of having to ensure operability with the wallets one by one. Ant says that there are over 1 billion Alipay+ partner payment app users in Asia.

So what does Ant get out of it? It gets a fee from each overseas transaction, recurring merchant subscription fees and it also sells merchants marketing tools, such as reward programs and services to help companies to develop their own apps.

The question is how profitable these endeavors will be. Prior to its restructuring, Ant’s profitability in China derived largely from its lucrative consumer banking services, especially lending and wealth management. Payments were less profitable.

To be sure, B2B payments is a fast-growing market in Southeast Asia, but it is also a crowded one.  At least a bit of skepticism about Ant’s prospects is warranted – especially given the company’s regulatory issues at home. Restructuring has eaten into its profits and valuation alike. Expanding throughout ultra-competitive Southeast Asia will require Ant spend a lot of money.

In addition, until the company gets a clear green light from regulators in China, some merchants may be skeptical of its reliability. After all, Ant was supposed to carry out the world’s biggest IPO – until it did not due to regulatory concerns. The company’s path forward remains shrouded in uncertainty.

More in this category: « Indonesian e-wallet Dana gets big shot in the arm from Sinar Mas, Lazada Real-time payment linkages in Southeast Asia are still predominantly bilateral »
back to top