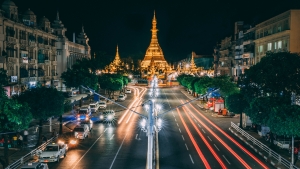 Ant Financial has invested $73.5 million in Wave Money (Digital Money Myanmar), a mobile financial services firm that aims to boost financial inclusion in one of Asia's poorest countries. Per-capita GDP is just $1326 in Myanmar, according to the World Bank, and 75% of its 54.5 million people lack a bank account. Ant's investment in Wave follows the Chinese fintech giant's announcement last November that it was planning to raise $1 billion for a fund to invest in Asean and India-based mobile internet startups. Ant is reportedly keen to back more fintechs in those markets.

China's fintech giants are hungry for growth outside of their saturated home market. Together, Ant Financial's Alipay and its arch-rival WeChat Pay control about 90% of China's US$27 trillion payments market. Neighboring Southeast Asia's fast-growing economies offer some of the best opportunities. Myanmar, with its large unbanked population and close ties to China, offers plenty of potential for Ant.

Given the Chinese firm's expertise in payments and other types of online finance, it could potentially build a regional digital banking ecosystem in Southeast Asia through strategic stakes. That would allow Ant to gain a strong foothold in the region without relying too heavily on direct expansion. To be sure, Alipay can be found at many points of sale in Southeast Asia, but the primary users are Chinese tourists.

It would be better to use Ant's underlying fintech expertise to enhance the services of local players. The Chinese fintech giant offers a large range of online banking services that could be of use to Wave Money. For instance, its Sesame Credit service can quickly determine a consumer's credit score by analyzing the person's credit history with artificial intelligence-enabled analytics.

"The partnership will enable Wave Pay to tap into the experience of Alipay to promote financial inclusion and better serve the unbanked and underbanked individuals and SMEs in Myanmar," Eric Jing, executive chairman of Ant Group, said in a press release.

The Ant-Wave Money tie-up will give the Chinese firm access to one of Mynamar's ascendant digital financial services networks. Wave Money, a joint venture between Norway's Telenor Group and the Myanmar-based Yoma Group, has 57,000 agents ("wave shops") that cover about 90% of Myanmar's 330 townships. Wave says that it serves more than 21 million customers with remittances, utility payments, airtime top-ups and digital payments.

According to Nikkei Asian Review, Ant Group will become a substantial minority shareholder in Wave Money via a new share issuance subject to certain conditions, among them regulatory approval.

Tags:
More in this category: « Gojek steps up its fintech play amid pandemic A new twist in the Grab-Gojek digital banking battle »
back to top
© 2007 - 2021 Kapronasia