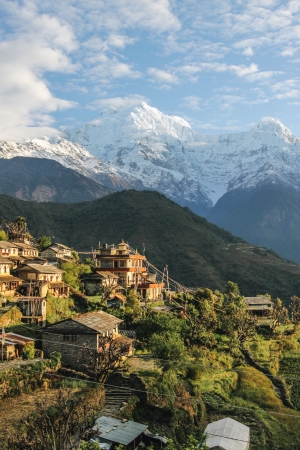 Alipay and WeChat Pay have been on a torrid expansion streak, setting up shop everywhere from Southeast Asia to Middle America. The digital wallets of Alibaba and Tencent seem intent on taking their battle for the wallet share of Chinese consumers global.

In Nepal, which is popular with Chinese visitors, the fintech giants got a little ahead of themselves. By facilitating payments by Chinese tourists in renminbi at Alipay and WeChat points of sale, the companies allowed the transactions to bypass the Nepalese banking system in violation of local law and prompted a stern rebuke from Nepalese regulators.

“Any digital transaction made with an unregistered foreign payment system like WeChat Pay and AliPay is illegal,” a spokesperson for Nepal's central bank told Reuters.

The central bank said that it had barred individuals and businesses from processing Alipay and WeChat payments that don't pass through a domestic bank. The transactions must also be registered with Nepal's central bank. Violators of the ban will be subject to punishment under local law, the central bank said. Embezzlement of foreign exchange is punishable by up to three years in prison under Nepali law, Reuters noted.

By using QR codes on their phones intended for yuan-denominated transactions in China at points of sale in Nepal, Chinese visitors to the Himalayan country eschewed foreign-exchange transaction fees for payments made in the local currency. The payments were effectively confined to China's domestic financial system even though they occurred overseas.

In a statement, Ant Financial, which owns Alipay, said that the digital wallet has a licensed local partner, Himalayan Bank Ltd., which settles transactions in Nepalese rupees by Alipay users. Merchants throughout Nepal's capital of Kathmandu and other cities have been accepting Alipay payments since early 2019, the company said.

WeChat Pay, meanwhile, hasn't officially entered the Nepal market, according to Tencent. That makes us wonder who's minding the store at Tencent's giant fintech arm. Are merchants setting up WeChat Pay at points of sale across Nepal without Tencent's knowledge?

“As for illegal payment collection overseas, we are constantly using technical means to crack down and prevent this behavior,” Tencent said in a statement. “Overseas vendors should work with WeChat Pay’s partners to enable WeChat Pay’s collection services.”

Both Alipay and WeChat are used to aggressive expansion in their massive home market, where they are familiar with local laws and generally have strong regulatory support.

Outside of China, Alipay and WeChat Pay are discovering that they don't always get such a warm reception. To be sure, Nepalese businesses welcome Chinese tourists, but they shouldn't be bending the rules of the financial system to accommodate them. Alipay and WeChat Pay, meanwhile, must ensure that their platforms cannot be used in a way that breaks the law of any country. We know that they take compliance seriously at home. They have to be just as assiduous overseas.