Over the past few years, Alipay, WeChat, and other mobile financial and non-financial platforms have become ubiquitous in China. This ubiquity has led to a fiercely competitive market, so increasingly these companies have begun to look overseas, expanding into foreign markets including Japan, Korea, and Southeast Asia. Although they are tremendously successful domestically, China's large tech players face multiple challenges when expanding abroad including regulation, which has become a real challenge for Tencent in Thailand as of late.

Many commercial partnerships result in a broader pool of knowledge, increased resources and the prospect for rapid market growth. This is certainly the case for India’s largest payment startup Paytm and Alibaba’s cloud computing division Aliyun who have just signed an agreement that should be a tremendous opportunity for both companies. 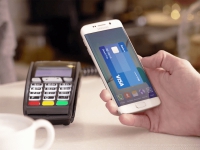 The global payments market has seen a variety of challenges that have restricted payment systems from either successfully expanding overseas or gaining significant market share. Samsung Pay seems to have maneuvered itself around many of the challenges that overseas expansion brings, and has taken steps to increase its global merchant acceptance in the US and China for South Korean consumers.

In a world where everything seems to be made in China there are still markets where China is no where to be found, but Western companies still dominate. One of those is the cashless payments market, with giant companies such as Visa, MasterCard and American Express owning the market for bank cards and payment networks. 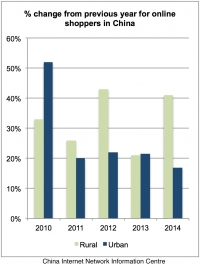 Delivery of online orders to the rural parts of China is becoming more prevalent now that rural consumers' wealth increases and they gain access to internet connected devices. But how will delivery teams navigate the challenging tight pathways, rice paddies and unmarked housing to make successful deliveries? 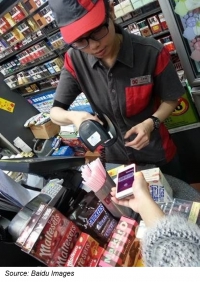 Happy year of the Ram from the entire team at Kapronasia!

We'll be taking a few days off, but will be back in the office next week.

Continuing along their international expansion strategy, China UnionPay launches Quickpass in South Korea. Could AndroidPay be next?

Happy holidays from the whole team at Kapronasia! We're off this week as well and will be back online January 5th. We're looking forward to an exciting 2015 kicking off with our annual 2015 Top-10 trends in fintech research Reports. Details soon and hope to have you there for the webinar!

Alipay is making headway on its promises to expand globally and has now entered into an agreement with several foreign transportation card firms, which will allow Alipay users to buy transport service cards through the Alipay app as they travel abroad.

According to the latest SWIFT RMB Tracker, the number of financial institutions adopting the RMB has risen by 35% with global RMB payments tripling in value over the last two years.

According to public information on the official website of Jumio, this fast-growing payment and online ID verification company based in California will be announcing additional deals with customers in Asia later this year. This is a signal for the firm’s ambition and interest in entering the Asian online payment markets, among which China is of significant importance.