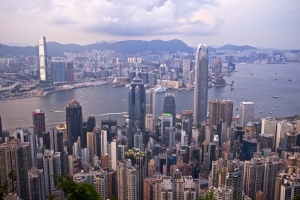 JD.com has similar motivations as Alibaba for the secondary listing in Hong Kong. With U.S.-China relations strained, it is prudent to raise capital closer to home. A bipartisan group of U.S. lawmakers last year introduced legislation known as the EQUITABLE Act, that could compel Chinese firms listed on U.S. exchanges to submit to more comprehensive audits by U.S. inspectors or face delisting. The legislation may never pass. Some U.S. lawmakers and many Wall Street power brokers oppose it. But these are extraordinary times in which we live. And Nasdaq-listed Luckin Coffee's accounting fraud scandal could rekindle interest on Capitol Hill in tightening oversight of Chinese firms in U.S. capital markets.

“If Chinese companies want access to the U.S. capital markets, they must comply with American laws and regulations for financial transparency and accountability,” Senator Marco Rubio told The New York Times in late April. Rubio is one of four sponsors of the EQUITABLE Act. The other three are Bob Menendez, Tom Cotton and Kirsten Gillibrand.

Concern about U.S. regulators is not the only reason Chinese tech giants are keen to list in Hong Kong. The city made a point of wooing them when in 2018 its stock exchange amended rules to permit technology firms with dual-class shares or weighted voting rights to list.

As an e-commerce giant with its own logistics network, JD.com has weathered the coronavirus pandemic relatively well. According to The Financial Times, JD forecasts double-digit growth in the first quarter, quite a feat considering the Chinese economy contracted 6.8% in that period - its worst performance since the mid-1970s. As of the end of 2019, JD had US$5.7 billion in cash and restricted cash. It raised an addition US$1 billion in January from a bonds issuance.

The proceeds from a Hong Kong share sale would be used for investment and help shore up JD's defenses against rising competition, analysts say. Among the lead arrangers for the JD Hong Kong IPO will be Bank of America, UBS and CLSA. JD is expected to list in the second half of the year if the pandemic eases. A second wave of coronavirus infections could push the listing to 2021.

More in this category: « Virus slows momentum of Hong Kong IPO market Why is Hong Kong's IPO market so resilient? »
back to top