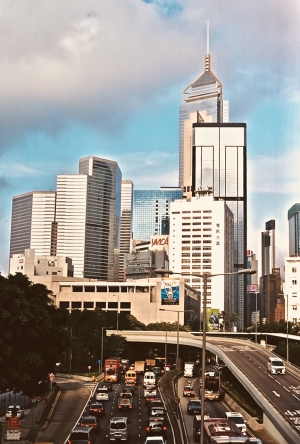 Investor appetite for biotechs is strong: Peijia Medical was oversubscribed 1,184 times. That prompted a reallocation mechanism to kick in that gave individual investors half of the deal, a fivefold increase over the original 10%. According to Bloomberg, the Peijia IPO's retail subscription is the highest for a biotech firm since the HKEX changed listing rules in 2018 to attract more such companies.

Also on May 15, Jiangsu-based cancer drug developer Kintor Pharmaceutical launched an IPO to raise up to HK$1.86 billion ($240 million). The shares will debut May 22. The company said it plans to use 42% of the IPO proceeds to develop proxalutamide, a drug used to treat prostate cancer.

It's not just biotechs eager to list in Hong Kong either. JD.com is reportedly planing to raise US$3 billion on the HKEX in a secondary share listing that would be one of the largest Hong Kong deals of 2020. Depending on market conditions and the coronavirus pandemic, the Chinese e-commerce giant could float its shares in Hong as early as June, according to Chinese media reports.

Meanwhile, Nongfu Spring, China's top bottled water producer, is pushing ahead with plans to raise US$1 billion for a Hong Kong IPO in the third quarter. According to an IPO prospectus viewed by Reuters, Nongfu posted a net profit of RMB 4.95 billion in 2019, a year-on-year increase of 20.6%. The company said in the prospectus that its mainland production plants that had been closed after Chinese New Year because of pandemic are now all operational.

Deloitte China reckons that that Hong Kong will have about 160 IPOs this year, raising HKD$160 billion to HKD$220 billion. Hong Kong's capital market has "again demonstrated its ability to weather challenges while driving fundraising activity," Deloitte said in an April report.

Amid terse U.S.-China ties, ascendant Chinese firms that may in previous years have considered listing in New York are much more likely to pick Hong Kong. Hong Kong allows such companies to raise funds from global investors without the regulatory uncertainty associated with the U.S.'s capital markets.

In a recent Fox News interview, U.S. President Donald Trump said he was looking "very strongly" at forcing Chinese companies listed on U.S. exchanges to adhere to U.S. accounting rules. They would be unlikely to comply, as Beijing considers their audits "state secrets," and would probably delist instead.

Wall Street heavyweights are opposed to such a move as they believe it would reduce the attractiveness of the U.S.'s capital markets. Chinese companies could always list on a non-U.S. exchange anyway, they argue. Trump made that point in the Fox interview. Chinese firms could decide, ‘OK, well, we’ll move to London or we’ll go to Hong Kong,’” he said.

More in this category: « Why is JD.com eyeing a secondary share listing in Hong Kong? Hong Kong capital markets heat up despite political friction »
back to top