Why is HKEX riding high? 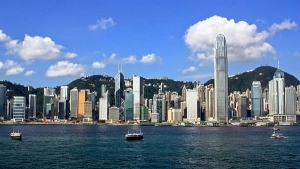 China’s fintech crackdown is hurting some of the country’s largest tech firms, but has yet to dampen investor appetite for Chinese tech listings in Hong Kong. In fact, Hong Kong Exchanges and Clearing (HKEX) posted a record profit of HK$3.8 billion (US$490 million) in the January-March period, up 70% year-on-year. Driving the boom were listings by Chinese tech firms of various stripes, including video-streaming platform Kuaishou (which raised US$5 billion) as well as secondary listings by search giant Baidu and video-sharing platform Bilibili. The first quarter is normally the slowest for Hong Kong IPOs as it coincides with the Lunar New Year holiday.

Hong Kong’s IPO market has been booming for well over a year. Nothing has been able to take much wind out its sails, whether concerns about the city’s political system, the rocky US-China relationship, the coronavirus pandemic, or Beijing’s mounting fintech crackdown, which will get worse before it gets better.

Hong Kong’s resilience illustrates a few key point. First, the city can thrive serving primarily as China’s offshore financial center. Chinese firms need access to deep and liquid capital markets that are offshore but closer to home than New York. There is no better place for them to list than Hong Kong. Second, inertia is a powerful force, especially with the pandemic grounding international travel. Hedge funds, private-equity funds and other financial firms have yet to relocate en masse to Singapore or elsewhere in the region. We may have a better idea of their thinking about that idea after travel restrictions end. Those with significant business interests in China will tread carefully.

Third, Hong Kong’s capital markets can be complementary to the mainland’s. To be sure, the Shanghai STAR Board has ambitions to attract more high-flying tech companies, but the niche is a bit different. For instance, the STAR Market is attracting chipmakers like SMIC that are key players in China’s state-led drive for self-sufficiency in semiconductors. In contrast, Hong Kong is seeing listings by market-oriented platform companies. To be sure, some tech giants like Ant Group and JD.com would prefer dual listings that let them access investors in both Hong Kong and Shanghai, but the regulatory environment in the mainland makes such deals impossible for now.

At the same time, Hong Kong will likely continue benefiting from US-China tensions. HKEX has proposed expanding listing rules to include secondary listings to all companies provided they have one vote per share. Currently, only “innovative and high growth dual-class share firms” are eligible for secondary listings in the former British colony, according to Bloomberg. Hong Kong regulators also want to reduce minimum market capitalization for secondary listings.

More in this category: « A Grab secondary listing would be a boon for the SGX Hong Kong’s IPO market hits a snag »
back to top