When will the Hong Kong IPO market recover? 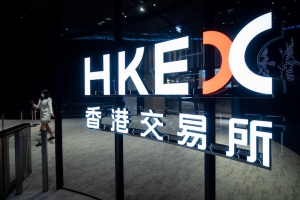 It has not been the best year so far for Hong Kong’s IPO market, in a stark reversal from its strong performance in the earlier days of the pandemic. Battered by a confluence of unfortunate factors, from the city’s erstwhile zero-Covid policy to China’s tech crackdown to inflation and rising interest rates, the Hong Kong IPO market has thus far raised just US$7.77 billion, the lowest amount since 2013. While there are signs of a revival in the market, particularly with the imminent listing of two Chinese electric vehicle makers, the road to recovery remains long.

Let’s put into perspective how sluggish the Hong Kong IPO market has been: According to Bloomberg, the financial hub’s share of Asian IPOs is just 7%. That is the lowest rate since 1999, when the figure was 6%. And it is way below the average of 25% from 1995-2021.

Only 8% of the Hong Kong IPOs as of August were oversubscribed, compared to 90% in the same period of 2021, suggesting a huge dip in investor interest, a recent report from Deloitte shows.

Interestingly, the mainland Chinese IPO market has done just fine, zero Covid and all. With firms having raised $74.5 billion in Shanghai and Shenzhen this year, they account for 69% of Asia’s IPO haul, the highest on record. Bloomberg notes that it benefits from a large domestic investor pool and greater resilience to external volatility. It may also be that Beijing has been devoting significant effort to growing the mainland capital markets ecosystem, especially the newer exchanges like the Shanghai STAR board and the nascent Beijing third board.

Meanwhile, while many of us once assumed Hong Kong could benefit from an expected delisting of U.S.-listed Chinese firms – that still sought to access a large pool of global capital, but closer to home – it now seems that may not be such a sure thing. A recent Nikkei report notes that geopolitics will likely come into play. U.S. investors who are restricted from investing in onshore Chinese stocks might shy away from those in Hong Kong as well.

At the same time, companies that are forced to delist from U.S. exchanges might not be seen as attractive by global investors if they list in Hong Kong. After all, if an audit turns up anything problematic that forces a company to delist from the NYSE or Nasdaq, it may not be a reliable company in which to invest.

For Chinese companies that do want to take a chance on a U.S. listing, audit issues aside, the U.S. benefits from its status as a safe haven. There is no substitute for cashing out in dollars in the U.S.

What Hong Kong needs to recover some of its IPO mojo is policy clarity, which should happen following the China’s 20th Party Congress in October. Tech firms, which accounted for some of the largest Hong Kong deals before this year, need to feel confident that they are not in regulatory crosshairs.

In the short term, the largest deal to watch in Hong Kong will be Zhejiang Leapmotor Technology, which is set to raise US$800 million by pricing its shares at HK$48 ($6.12) each.

While that is less than the $1.03 billion the EV maker had said it was aiming to raise in its regulatory filings last week, the IPO would still be the city's largest this year.

More in this category: « Rakuten pushes ahead with planned IPOs of digital banking and securities units
back to top