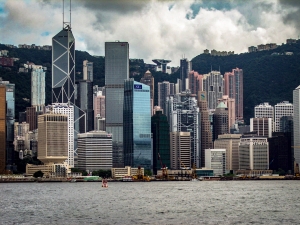 However, the Chinese cancer drug developer InnoCare Pharma went ahead with its planned IPO on the Hong Kong Stock Exchange in mid-March. Why list amidst the worst market sentiments since the global financial crisis of 2008-09? After all, the the coronavirus pandemic has unleashed an avalanche of economic gloom that the most pessimistic observers are comparing to the Great Depression.

What ostensibly looks like a contrarian move is actually a calculated attempt to tap investor appetite for biotech and pharmaceutical companies. The virus may be battering the global economy and financial markets, but it is also creating opportunities for firms that can develop drugs to treat its symptoms. Similarly, there is tremendous demand for a coronavirus vaccine.

The success of Beijing-base InnoCare Pharma's IPO illustrates that point. The company raised HK$2.2 billion (US$289 million) from its IPO, pricing it at the high end of the asking range. The retail tranche of the listing was almost 300 times oversubscribed.

Analysts say that in the second half of the year, firms relatively resistant to the virus's impact are planning to list in Hong Kong. In addition to healthcare and biotech companies, there could be some e-commerce and financial firms that will list in Hong Kong later this year, The South China Morning Post reported in April.

One of the most anticipated deals of the year is online health care provider WeDoctor, which is backed by Chinese internet giant Tencent and investment bank Goldman Sachs. Hangzhou-based WeDoctor could look to raise up to $1 billion in the IPO, analysts say. Founded in 2010, WeDoctor has about 210 million registered users - primarily in mainland China - which use the platform for online appointment booking, prescription and diagnosis services. WeDoctor is also linked to about 3,200 hospitals and 360,000 doctors.

Other firms which may go public in Hong Kong in the second half of the year include JD Logistics, Tianjin-based China Bohai Bank and liquid detergent maker Blue Moon, according to The South China Morning Post.

More in this category: « Why is Hong Kong expected to remain a global top 3 IPO market in 2020? Why is JD.com eyeing a secondary share listing in Hong Kong? »
back to top