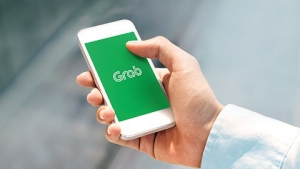 According to The Wall Street Journal, the Singapore company is discussing a deal with Altimeter Capital Management that would value it at US$35 billion to US$40 billion. Under the agreement, Grab would raise US$3 billion to US$4 billion in a so-called "PIPE," a funding round that usually accompanies a SPAC merger.

If those plans bear fruit, it will likely be the largest SPAC yet. For Grab, a SPAC would probably provide for a quicker exit. If the Singaporean firm sticks with the traditional IPO process, there will be higher disclosure requirements and costs.

Thus far this year, US$166 billion in deals related to SPACs have been announced, according to Morgan Stanley. That sum is greater than all SPAC-related M&A deals in 2020. “When you compare that to overall M&A deal volume, SPAC activity represents about 30% of deal volumes today,” Kristin Zimmerman-Sorio, head of Morgan Stanley’s SPAC M&A practice, said at a virtual conference in mid-March.

Whether by SPAC or traditional IPO, Grab is eager to position itself for expansion in Southeast Asia's major markets, especially the digital banking sector. Yet both Grab and its arch-rival Gojek are losing ground to Sea Group in Indonesia. Sea is not only Southeast Asia's most valuable listed company, it also is probably the strongest platform company in the region. Sea is now leveraging its many strengths to pull ahead of Grab and Gojek in the nascent Indonesia digibanking market. Sea recently purchased Indonesia's Bank BKE, which it will rejig as a digital bank and hired a China fintech veteran to lead its new investment arm.

Although its share price has fallen to under US$200 from a high of US$280 on Feb. 19, Sea is still growing expeditiously and can fund its expansion easily.

“The market is pretty welcoming for tech stocks. It’s an opportunity for Grab if they are ready for it,” Jixun Foo, a managing partner at GGV Capital, which has invested in Grab, told Reuters.

Meanwhile, regardless of whether Grab chooses a SPAC or traditional IPO, the SGX will not be a winner. The Singaporean exchange has struggled to attract tech heavyweights to list at home. Indeed, Sea is listed on the NYSE.