The Hong Kong IPO market is poised for a revival 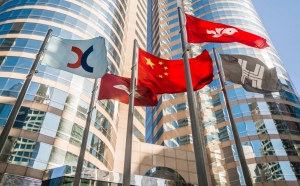 After a bleak first half of 2022, Hong Kong’s IPO market regained momentum in the second half of the year. Refinitiv data show that 75 listings raised US$12.69 billion.To be sure, it was a weaker performance than 2021, as the number of deals and total proceeds fell 25% and 70% respectively through early December. Yet ironically, Hong Kong’s IPO market ended up No. 3 globally in terms of funds raised in 2022 after Shanghai and Shenzhen thanks to the rebound in deals in the second half of the year.

Analysts are bullish heading into 2023. This year, KPMG reckons that the Hong Kong IPO market will remain one of the top listing destinations globally with a strong pipeline of more than 120 companies seeking IPOs targeting fundraising of HKD 180 billion from about 90 deals. For its part, Deloitte expects 110 firms to raise around HK$230 billion.

While 2022 was a difficult year for stock markets globally given interest-rate rises and market volatility, 2023’s outlook is better since interest rates are expected to stabilize.

Will Hong Kong become the world’s top fundraising market in 2023? Given competition from mainland exchanges and the U.S., it seems like a tall order.

Yet that is exactly what some observers are forecasting. They point to new listing regulations mooted last October that allow pre-revenue tech companies with a valuation of at least HK$15 billion (US$1.9 billion) to apply to list as soon as early 2023. Technology companies in segments including cloud computing, artificial intelligence, electric and autonomous vehicles, semiconductors and metaverse, may qualify under the new rules.

At the same time, Hong Kong’s links with the mainland have been reestablished at long last. With the border having reopened on January 8, expectations are high that market activity will return to normal, spurring big-ticket deals this year.

While we expect the Hong Kong IPO market to perform strongly in 2023, there are a few factors to consider that the bulls appear to be overlooking. First, the consumer tech company pipeline, which used to be one of the biggest drivers of Hong Kong listings, remains in limbo due to uncertainty about the status of China’s tech crackdown. How much longer is it going to go on?

For a true return to form, Hong Kong needs the Ant Group IPO that was suspended at the eleventh hour in November 2020 to be revived. If Ant is approved to go public, then other Chinese fintech companies like JD Digits will know that the tech crackdown has finally ended and will resume their respective Hong Kong IPO plans.

Competition from the mainland

Meanwhile, keep in mind that “hard technology” companies in the areas targeted by the new listing regulations (metaverse being an exception) have been flocking to Shanghai’s Star Market and to Shenzhen’s ChiNext Exchange in line with the objectives of the central government to build up onshore capital markets and develop self-sufficiency in strategic next-generation technologies. It is unclear how Hong Kong would be a more attractive listing destination than the mainland for companies with political and geostrategic considerations.

Last year, about 400 firms went public on mainland China’s exchanges, raising a record RMB 560 billion (US$80.4 billion), an increase of 3% over 2021, according to PwC. Among the reasons for the strong performance were the resilience of the Chinese economy, the emergence of many tech firms and the return of large red-chip companies listed overseas to mainland exchanges.

Bloomberg notes that 9 of the 391 debuts in mainland China in 2022 raised more than US$1 billion, making up 40% of deals that size or bigger globally. Hong Kong was second with 3 US$1 billion+ deals.

Meanwhile, though it was assumed that Hong Kong could benefit from an expected delisting of U.S.-listed Chinese firms that still sought to access a large pool of global capital, it now seems that may not be such a sure thing. In mid-December, U.S. regulators said they had been allowed to inspect the work of auditors in China for the first time, quelling fears – at least for now – that about 200 Chinese firms would be ejected from U.S. capital markets. In August, American and Chinese regulators reached an agreement on the audits, long a sore point between Washington and Beijing.

If the agreement does not hold, Hong Kong might be able to capture a significant portion of the Chinese companies if they chose to relist. A January 2022 report by brokerage China Renaissance found that about 80 of the U.S.-listed Chinese companies could satisfy the listing requirements of HKEX either for a direct listing or a secondary flotation.

More in this category: « When will the Hong Kong IPO market recover?
back to top