Taiwan says its STO fundraising regulations are a first globally 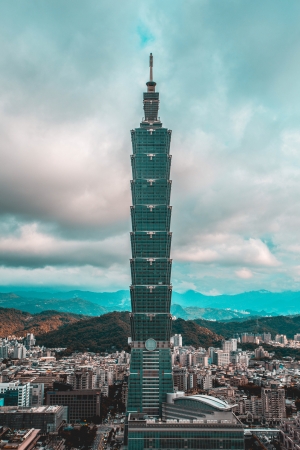 At first blush, Taiwan has taken a major step forward in its acceptance of virtual currency by issuing regulations specifically for security token offerings (STOs), rather than requiring them to abide by existing securities laws. Taiwan's Financial Supervisory Commission (FSC) announced the new regulations in late June and expects to implement them as early as October. The FSC says that the new regulations will benefit startups seeking non-traditional fundraising sources.

To be sure, the FSC's willingness to regulate STOs augurs hope for Taiwan's nascent blockchain and crypto space. When permitted to develop organically, STOs could potentially attract both local and foreign investors to list on a Taiwan-based exchange. Compared to ICOs, STOs are generally viewed as less prone to malfeasance - and thus acceptable to the mainstream financial community - because they are backed by an underlying asset, whether a stock, a piece of real estate or even gold bullion. Further, security token offerings are launched by firms wishing to raise funds, not anonymous miners like those who produce Bitcoin.

The Taiwanese government has warmed to security tokens because it is keen to tap the island's potential as a regional blockchain hub. While the government is short on details for that vision, a thriving STO market would certainly be a step in the right direction. The STO market remains in its infancy and Taiwan could stake out a strong regional role with the right regulations.

Unfortunately, a closer look at Taiwan's STO regulations reveals the typically conservative approach of the island's financial regulator. The FSC has constrained the ability of startups to raise funds through a security token offering by limiting STOs to NT$30 million (US$964,599), which is insufficient for many startups. US$3-$5 million would have been a more reasonable figure; it's typical for a Series A funding round.

Taiwan does have a fintech regulatory sandbox that in theory would welcome a company seeking to raise more than NT$30 million, but it has a reputation for bureaucratic inefficiency - with up to 6 months needed to review an application - which would likely curb the interest of most startups.

Further, the FSC is restricting non-accredited investors from participating in the security tokens market. Given that STOs should boost the participation of different people in capital markets, restricting the market to large institutional investors is a rather ironic move.

As for accredited investors, they're limited to just NT$300,000 (about US$10,000) per STO. It's hard to see how professional investors would want to bother with such a small amount of money. Retail investors might though - if they were allowed to participate in the market.

"It was not easy to establish a set of regulations, considering there was little to reference in other nations," Wellington Koo, chairman of the FSC, said at a press conference in June. "We needed to balance consumer protection and industrial growth, and curb market volatility."

Koo's points are all salient, but Taiwan must decide if it is serious about welcoming STOs or not. Current regulations are too restrictive to foster a healthy STO market. It would be better to hold off on this initiative until Taiwan is ready to let market forces have a greater say.

More in this category: « Shenzhen-Hong Kong Stock Connect: Another important step in globalization of Chinese capital markets Alibaba puts the brakes on Hong Kong listing »
back to top