The Singapore Exchange (SGX) has plans to launch a FTSE China A50 Index Futures option product if / when it is approved by the China Securities Regulatory Commission (CSRC). While the new product name can be confusing for those who don’t follow Asian stock and derivatives markets closely, it simply means that investors in the region will have a hedging tool for the rollercoaster stock markets of China. Up more than 40% since November last year, the stock market dipped several times in January. Since the Shanghai-Hong Kong Stock Connect launched, the attention on Chinese A-shares has been unprecedented and additional investor interest should drive demand for exposure and hedging tools.

The SGX reported record levels of FTSE China A50 Index Futures trading on January 27th, caused by increased demand and also by the reduced tick size, introduced earlier this year. The halving in tick size from 5 to 2.5 points reduced the bid-offer spread and thus lowered trading costs. According to the SGX, the futures product is now one of the most accessible ways to gain exposure to the Mainland stock market. Also, it is one of the very few internationally available A-shares futures, the other being CES China 120 Index Futures traded on the HKEx.

Offering options on the futures product will put SGX ahead of its competitors in the region, however the bourse will have to wait for approval from CSRC, which will likely come after options are tested on domestic bourses - later in Q1 or early Q2 2015.

The SGX also plans to start a stock link, similar to that one between the HKEx and Shanghai Stock Exchange. We feel that such a link is fairly unlikely and the mainland China regulators will just start directly opening access to foreign investors, doing away with the concept of 'stock connects'. The existing link works due the existing close financial ties between Mainland China and Hong Kong and is unique in the global financial system. Other global markets are accessible without geographical limitations and we expect China to open gradually to all locations with HKEx as the only testing ground. 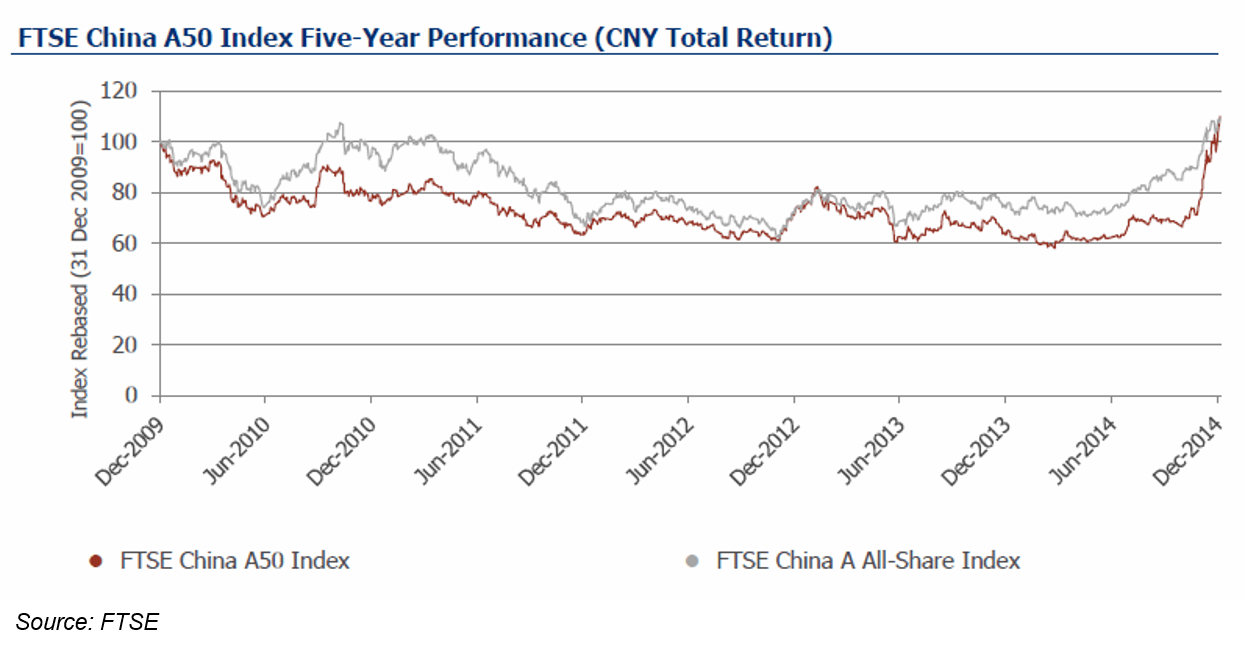 More in this category: « Australia Securities Exchange, ASX profits in 2014 up by 10% The new fashion of Asia stock connects »
back to top