Retail investing heats up in Indonesia 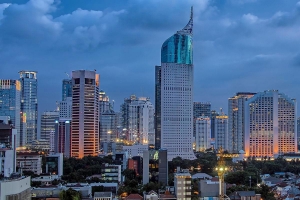 Amid a general digital finance boom in Indonesia, the nascent retail investing segment is growing fast. A proliferation of investment apps, usually with low minimum investments, is allowing a much greater proportion of the population to invest. Historically, the wealthy have dominated the country’s stock market. Indonesia’s newbie investors are not only interested in equities though; they are also increasingly keen on crypto. Many of Indonesia’ new retail investors are young people, with about 70% between the ages of 17 and 30, according to Indonesia’s central securities depository.

Indonesia’s retail investing boom has dovetailed with the trajectory of the pandemic, with stock market investors growing almost 66% over the past two years, according to The Jakarta Post. Estimates of the number of investors vary. The Indonesia Stock Exchange estimates that there were 2.6 million retail stock investors in the country overall as of the end of August 2021. However, CNBC reckons that 6.43 million Indonesians had invested in the stock market by September 2021, while 9.5 million had invested in crypto. Considering that Indonesia’s population exceeds 275 million, there is plenty of room for the market to grow.

Indonesia’s digital investing platform Pluang is one of the biggest beneficiaries of the country’s retail investing surge. In January, Pluang raised US$55 million just four months after raising the same amount. Investors in this “follow-on round” include executives from a wide range of fintechs, such as Monzo's COO Sujata Bhatia, crypto platform FalconX's CEO Raghu Yarlagadda and Daniela Binatti, co-founder of Brazilian banking and payments platform Pismo.

Pluang began by allowing Indonesian retail investors to put micro-investments in gold, then broadened its offerings to mutual funds, global stock indices and cryptocurrencies. The company is launching a feature that allows users to invest in fractional US single stocks.

In November, Indonesian investment app Ajaib reached unicorn status just three years after its founding, following a Series B round that raised US$153 million. Ajaib’s stock-trading app focuses on mutual funds, allowing users to buy and sell them. Unlike Robinhood, the company does not provide commission-free trading, but its fees are lower than the competition, typically local securities firms’ trading platforms. Ajaib also says it is the first online stock trading platform to waive capital requirements for its customers.

FUNDtastic is another fast-growing Indonesian stock-trading app. In February 2021, FUNDtastic raised US$7.7 million in a Series A round led by Ascend Capital Group. FUNDtastic plans to diversify from mutual funds and gold investment into retail bonds, insurance and peer-to-peer lending.

More in this category: « Worth the wait: Kakao Pay’s IPO Assessing the coming GoTo IPO »
back to top