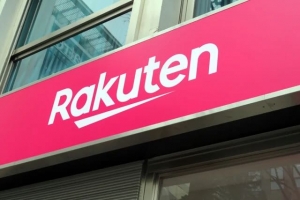 Rakuten wants to build a digital services ecosystem that stretches well beyond the e-commerce business for which it is best known and includes telecoms and digital financial services. With that in mind, the Japanese online shopping giant plans to list both its online securities and digital banking units relatively soon. However, market conditions are suboptimal to say the least, while investors are increasingly skeptical about Rakuten’s costly efforts to build a mobile network to compete against powerful incumbents SoftBank and NTT DoCoMo.

To put it bluntly, Rakuten needs cash and listing its digital bank and online securities units would provide some. Rakuten has spent more than ¥1 trillion to build its mobile network, though it told investors the cost would be only ¥600 billion. By the time the mobile network is complete, Citi estimates Rakuten will have spent ¥1.9 trillion. In the April to June quarter, the company’s operating loss grew from ¥63.5 billion to ¥84.5 billion. No wonder Rakuten’s shares have fallen about 40% this year.

That said, Rakuten’s bid to move beyond e-commerce is understandable and sound from a business standpoint. Firms best known for their e-commerce businesses like Amazon and Alibaba increasingly make more money from other digital services businesses with better margins like cloud computing and digital banking.

While Japan has been slow to transition to online banking, its cashless initiative is gradually gaining traction, buoyed by changing consumer habits driven by the coronavirus pandemic. Rakuten Bank was established back in 2000, making it one of the world’s oldest internet banks. However, Rakuten Bank faces increasing competition from deep-pocketed U.S. tech giants pushing into Japan’s digital financial service market: not only Amazon, but also Google, which in July 2021 acquired the Japanese smartphone payments startup Pring and PayPal, which in September 2021 acquired the Japanese buy now, pay later (BNPL) platform Paidy. To compete with them, Rakuten Bank will need be able to raise capital cheaply on the Tokyo Stock Exchange.

Unfortunately for Rakuten, investors are not sanguine about the timing for a Rakuten Bank listing, which the company reportedly wants to occur as soon as December. According to sources interviewed by Financial Times, Rakuten aims to raise about ¥360 billion (US$2.6 billion) with the listing, similar to what Kakao Bank raised in its August 2021 IPO (US$2.2 billion). However, given market conditions, Rakuten's target is probably too high. Kakao Bank's shares, meanwhile, have plummeted almost 66% since the company's IPO.

Separately, Rakuten said in May it was preparing a listing for its Rakuten Securities unit, which it believes will help it expand the ecosystem for Rakuten offerings. The date of the prospective listing has not yet been set.

More in this category: « Indonesia plans new economy board, crypto bourse When will the Hong Kong IPO market recover? »
back to top