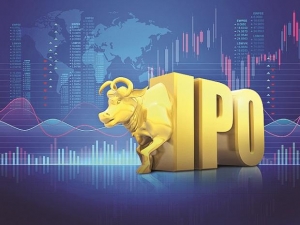 Chinese companies raised more than US$12 billion in U.S. markets in the first half of 2021, a half-year record, according to Dealogic. The great U.S.-China financial decoupling had seemingly hit a snag. Then came Didi Chuxing's catastrophic debut on the NYSE, and just like that, the U.S. IPO pipeline for Chinese firms froze. But the companies have to list somewhere offshore and Hong Kong will likely step in to fill the void.

Didi is the latest Chinese tech giant to fall afoul of regulators. Beijing was increasingly ambivalent about its companies going public in the U.S., both for the strategic implications – the companies are vulnerable to U.S. pressure – and the optics. Choosing the NYSE instead of the HKEX does not telegraph strong confidence in Hong Kong’s future as an international financial center. Didi reportedly missed signals from regulators that a New York debut would not go over well, and went ahead with the deal anyway.

Now the company is paying the price, both in term of its plummeting share price (down to about US$8 as of July 23) and regulatory ire. Didi could be fined a hefty sum, perhaps even more than the US$2.8 billion Alibaba paid. Chinese regulators might also force the Beijing-based firm to delist from the NYSE. How ironic that would be: Up until now, U.S.-listed Chinese firms only had to worry about being forced to delist by U.S. regulators. Now Beijing may get in on the act.

Chinese firms that had been considering going public in the U.S. are stuck between a rock and a hard place. According to Dealogic, about 20 Chinese companies had publicly disclosed plans to raise US$1.4 billion from share sales in New York this year. Some of them are not yet profitable. While that is not a problem for a U.S. listing, for Hong Kong – the only feasible alternative now that New York is off the table – there are strict profitability requirements that could complicate efforts by the firms to go public in the former British colony.

New York has long had appeal for Chinese tech firms. The U.S. boasts the world’s most liquid capital markets and generally has an easier listing process than Hong Kong. Bankers also receive fees of 5% to 7% on funds raised through U.S. share sales, compared with about 2% in Hong Kong, according to The Financial Times.

Still, given current regulatory headwinds, Chinese firms that need to go public in the short term will probably choose Hong Kong. A source in the Chinese securities industry recently told Fortune that Hong Kong's tougher listing requirements may prevent some smaller Chinese firms from listing, “but large-cap companies should have no problem—and they're the ones that matter.”

More in this category: « Bukalapak readies for blockbuster IPO on IDX Kakao Bank’s IPO is a blockbuster »
back to top