Kakao Bank’s IPO is a blockbuster 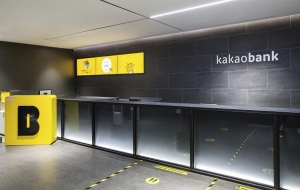 Despite strong investor appetite for Kakao Bank’s shares, some analysts are skeptical about the company’s valuation. Prior to the IPO, Kim In, an analyst at BNK Securities, wrote, “The current market capital appears to have overshot the expectations…“The reality is that there is a huge concern about the stock’s sharp fall.” Kim further noted that most of Kakao’s profit comes from interest rates and loans, similar to incumbents, while profitability from projects linked to its platform businesses are “meager.”

What Kim did not mention is that Kakao’s platform model is one of the reasons it has been so successful. Kakao Talk, the messaging app that counts nearly 90% of South Korea’s 51 million people as users, gives Kakao’s financial services businesses (both the bank and e-wallet Kakao Pay) an unparalleled ability to acquire customers, and not just any customers – profitable ones. Once Kakao Talk became indispensable for everyday life in Korea – much as WeChat did in China – it was not difficult for Kakao Bank to convert users who paid nothing for the messaging app into paying banking customers.

In an interview with CNBC, Kakao Bank CEO Yun Ho-young downplayed concerns about the digital lender’s IPO valuation. “I think the IPO price is largely set by the market, Kakao Bank is a bank in the mobile era,” he said.

As of March, Kakao Bank had 16.2 million customers, while its app was the most widely used in South Korea’s financial sector, with 13.4 million monthly active users.

We can say that Kakao arrived in the right place at the right time. On the one hand, South Korea’s incumbent lenders are notorious for their lack of digital adroitness. According to analytics firm AppAnnie, users of South Korea’s top five mobile fintech apps used the apps on average 225 times a month in 2020, while for the top five apps of traditional lenders that figure was just 25. That gap between users of fintech apps and traditional banking is likely the largest globally.

In its first few years of operation, Kakao Bank has also faced limited competition among neobanks. K bank, founded at roughly the same time as Kakao Bank four years ago, was sidelined for several years due to capitalization difficulties, while Viva Republica’s Toss Bank will only go live later this year. As competition intensifies among digital lenders, Kakao Bank will likely find less choice low-hanging fruit to pick, and its growth might slow.

Still, Kakao Bank is aggressively expanding into new market segments like mortgages and merchant loans, which may help it stay on top of South Korea’s digital banking market. According to Moody’s, entering those segments will help Kakao to grow its “addressable market” of won-denominated loans from 14% to 65% over the next 12 to 18 months.

More in this category: « New York’s loss of Chinese IPOs could be Hong Kong’s gain Can SPACs vivify SGX? »
back to top