It’s slow going for SPACs in Asia so far 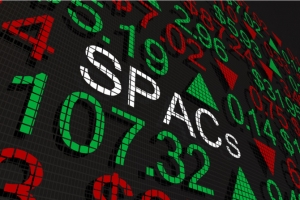 Remember that SPAC boom in the U.S.? To be sure, it has slowed in recent months, but the Nasdaq and NYSE continue to attract some high-profile listings by special purpose acquisition companies, such as Grab’s December debut. It is a different story in Asia. Though Asian exchanges amended regulations last year to wave the way for SPACs, there have not been any blockbusters yet.

For its part, Singapore hopes to take advantage of Southeast Asia’s tech boom – and especially fintech, for which it is the region’s undisputed hub – to attract a slew of blank-check listings in the S$800 million to S$2 billion range. From a geographic standpoint, the strategy makes sense. Southeast Asian tech companies would be unlikely to choose Hong Kong, which has more stringent regulations anyway, including barring most retail investors from participation.

However, Singapore’s investors are historically somewhat risk-averse, and previous efforts to boost SGX have met with limited success. Singapore has not historically attracted blockbuster IPOs. In 2021, fundraising on SGX fell 50% to $565 million, a six-year low, with just eight listings, according to Refintiv. At the same time, SPAC performances in the US in 2021 were inconsistent as well, with some deals producing mediocre returns.

Singapore has seen three SPACs so far, two of which involve Temasek-backed firms, all listing in January. There has been no further related activity since. All three of Singapore's SPACs have recently traded slightly below their IPO prices of 5 Singapore dollars each. During the U.S. SPAC boom's zenith last year, zealous investors enamored with the relative novelty of SPACs pushed up share prices higher. However, in Asia investors seem more willing to take a wait-and-see approach. They also have the benefit of hindsight.

The Hong Kong Stock Exchange's first SPAC made a quiet debut in March. Aquila Acquisition, set up by an affiliate of China Merchants Bank, raised 1 billion Hong Kong dollars ($130 million), the minimum amount allowed, and a bit less than what was raised by Singapore’s first SPAC, Vertex Technology Acquisition.

Though Hong Kong’s SPAC rules are stricter than Singapore’s, the former’s close ties to mainland China will likely result in a larger deal flow than the Lion City’s. In that sense, the SPAC market would mirror the IPO market. Hong Kong is a much bigger IPO destination than Singapore, largely due to strong demand from Chinese companies to raise capital offshore yet close to home. Hong Kong SPACs looking for acquisition targets need look no further than China, who has more than 300 companies valued at US$1 billion or more.

More in this category: « Assessing the coming GoTo IPO Has Hong Kong's IPO market bottomed out? »
back to top