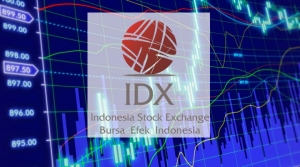 2021 has been a banner year for Indonesia’s tech industry, from the strong performance of key industry players to fundraising in private markets to IPOs. Data compiled by Bloomberg show that companies in Southeast Asia raised a record US$4.9 billion from January to June. 23 companies listed shares on the Indonesia Stock Exchange (IDX) during that period, leading the region. The deal pipeline has remained active in the second half of the year as well.

As of mid-September, Indonesian companies had raised a record 32.1 trillion rupiah (US$2.26 billion) from the stock market this year. 26 deals were still in the pipeline, according to the IDX.

The biggest IPO of the year thus far – and indeed in Indonesia’s history – is e-commerce platform Bukalakpak’s, which in August raised US$1.5 billion at a US$6 billion valuation. Bukaklapak had a stellar debut, as its shares soared 25%. However, since then, the company’s share price has plummeted about 35% to 690 IDR, underscoring how the Indonesian stock market is subject to intense volatility. Retail investors, many who are novices, account for 59% of trading value on the IDX.

Looking ahead, the Indonesian IPO market is likely to only grow larger. For instance, GoTo, Indonesia’s largest tech startup, plans to go public next year at a projected valuation of US$30 billion. While GoTo will likely follow in the footsteps of Singapore’s Grab and first list in the United States, a secondary listing on the IDX is likely to follow for the Indonesian firm. The IPO of Blibli, the Djarum Group-backed e-commerce platform, is also eagerly anticipated.

It is not just tech startups that plan to list on the IDX. Indonesia is home to many state-owned enterprises that the Indonesian governments wants to take public by 2023. According to Nikkei Asia, Indonesia has about 100 SOEs, of which 34 are already traded on the stock market. An additional 14 plan to list by 2023.

One of the first will be Dayamitra Telekomunikasi, a tower-building subsidiary of telecommunications leader Telekomunikasi Indonesia (Telkom). The company reportedly plans to go public on the IDX in the fourth quarter of this year and raise US$1 billion that it plans to invest in 5G telecommunication services, which arrived in Indonesia this year.

"If the IPO of startups and unicorns as well as [SOEs] are carried out successfully, of course there will be positive sentiment towards the Indonesian capital market, which can have a positive impact on capital inflows to the Indonesian stock exchange," Toto Pranoto, a senior economist at the University of Indonesia and an SOE expert, told Nikkei Asia.

More in this category: « How did Ajaib become a unicorn? A rollercoaster ride for Hong Kong’s IPO market »
back to top