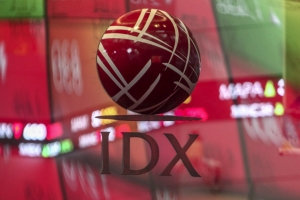 Indonesia has big plans for its capital markets, among the best performing in Asia this year. Through August 5, 34 companies had listed on the Indonesia Stock Exchange (IDX), raising a total of 20.1 trillion rupiah. By the end of the third quarter, Indonesia plans to launch a new economy board to attract more unicorns. Further, by the end of the year, it plans to roll out a dedicated cryptocurrency bourse.

Indonesian regulators are still working out key details of the new economy board, which will be aimed at companies that might not qualify to list on the main IDX, but which are more mature than those listing on the development and acceleration boards. According to DealStreetAsia, Saptono Adi Junarso, head of IDX’s listed company development services division, said that firms with multiple voting shares (MVS) would be permitted to list on the new economy board. The minimum asset requirement for listing is likely to be 2 trillion rupiah (US$134 million). Companies that list on the bourse should have an annual growth of at least 20% in terms of assets and revenue growth of at least 20% in the last three years.

Indonesia has been steadily reforming its capital markets in line with the development of a burgeoning startup ecosystem. Many of the firms show long-term potential but may not quality to list on the main IDX. Rising fintech stars that are expected to go public in the coming years include digital payment startups Xendit, the e-wallets Ovo and Dana, as well as digital payment and tax solutions provider Online Pajak. Traveloka, which has jumped on the fintech bandwagon, might also be included in that group.

Meanwhile, Indonesia also plans to launch a crypto bourse by the end of 2022 amid rising consumer interest in decentralized virtual currencies. By several estimates, crypto ownership in Indonesia is high. A survey published by Gemini in April found that 41% of Indonesian’s surveyed owned cryptocurrencies. According to the Indonesian Commodity Futures Trading Regulatory Agency crypto asset transactions in the country reached 859.4 trillion rupiah in 2021, up 1,224% from 64.9 trillion in 2020. Transactions in January-June 2022 amounted to 212 trillion rupiah with crypto consumers up to June 2022 reaching 15.1 million users.

Indonesian regulators appear – at least for now – to be more interested in regulating crypto investment than discouraging it like some of their counterparts in the region. That the country has not yet experienced a major crypto scandal might have something to do with the relatively relaxed regulatory attitudes.

More in this category: « Can SGX attract more big-ticket listings? Rakuten pushes ahead with planned IPOs of digital banking and securities units »
back to top