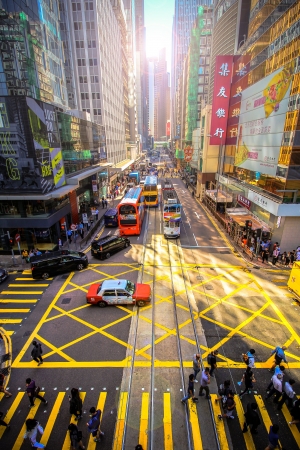 Expected Hong Kong listings in the near future include Home Credit (a financial institution), which could raise up to US$1.5 billion, and Bank of Guizhou, likely to raise about US$1 billion.

However, looking at the overall year, Hong Kong's IPO market looks weaker. Listings have fallen 43% year-on-year, according to Bloomberg.

Alibaba's expected secondary listing, which could raise up to US$15 billion, has reportedly been put on hold amidst ongoing political unrest in the former British colony. The e-commerce giant is likely waiting for approval from the central government before it goes ahead with the listing. The optics of such a high-profile IPO are delicate. Beijing would not want to be seen as "rewarding Hong Kong" amidst widespread violent street protests and vandalism of retail stores and infrastructure.

At present, Hong Kong remains the preferred global fundraising destination for Chinese companies in Asia. Singapore's smaller SGX isn't a serious competitor for that market segment. Macau has reportedly requested that the central government consider allowing the former Portuguese colony to set up an RMB-denominated stock exchange, but Beijing has yet to comment publicly on the matter.

The U.S.'s capital markets remain attractive to Chinese firms, but there is a financial war brewing between Washington and Beijing. U.S. lawmakers have proposed legislation that would restrict Chinese firms' access to American stock exchanges unless the companies grant U.S. inspectors full access to their audit reports. Beijing considers such information "state secrets."

The legislation may never pass. Senate Majority Leader Mitch McConnell has expressed his opposition to it. But if it does, pressure could mount on Chinese firms to disclose or delist. Hong Kong would surely benefit from an exodus of Chinese firms from the Nasdaq and NYSE.

Hong Kong is already benefiting from the perception among some Chinese firms that U.S. stock exchanges are less welcoming to them than previously. The Nasdaq has moved recently to tighten scrutiny of listings by small Chinese firms in a bid to improve prospects for institutional investors.

Still, Hong Kong cannot rest on its laurels. The sooner the city can restore a semblance of calm, while showing the world that it remains committed to the rule of law, the sooner its IPO market will pick up.

More in this category: « Alibaba puts the brakes on Hong Kong listing Alibaba's Hong Kong IPO is back on »
back to top