How did Ajaib become a unicorn? 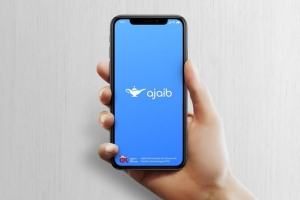 Online investing has rapidly grown in Indonesia in recent years, with the rise of a digitally savvy generation of middle-class consumers eager to maximize returns on their savings. The ascendancy of startup Ajaib, often compared to the U.S.’s Robinhood, reflects the online investing boom in Southeast Asia’s largest economy.

Ajaib has hit unicorn status just three years after its founding, following a Series B round that raised US$153 million. It is the first investment app unicorn in Southeast Asia and the seventh Indonesian firm to confirm it has reached a valuation of US$1 billion in private markets. The others are Gojek, Tokopedia, Bukalapak, Traveloka, OVO and Xendit.

Ajaib has raised a total of $243 million in 2021, including $90 million in its Series A round in March. Investors in the latest round include a number that have also invested in Robinhood, including DST Global, Ribbit Capital, ICONIQ Capital and IVP. Other investors include the venture capital arm of Japan's SoftBank Group, Hong Kong billionaire Li Ka-shing's Horizon Ventures and Alpha JWC, a local VC firm.

Ajaib’s stock-trading app focuses on mutual funds, allowing users to buy and sell them. Unlike Robinhood, the company does not provide commission-free trading (probably a good idea if it wants to reach profitability) but its fees are lower than the competition, typically local securities firms’ trading platforms. Ajaib also can raise the banner of financial inclusion high: It says it is the first online stock trading platform to waive capital requirements for its customers.

Although the majority of Indonesians (66%) do not even have a bank account, the country is so large at 277 million people that the potential market for digital investing is enormous. That helps explain why Ajaib has been able to reach unicorn status in just three years. Ajaib says it currently has about 1 million customers, while the Indonesia Stock Exchange estimates that there 2.6 million retail stock investors in the country overall as of the end of August. Retail investors accounted for 59% of trading value on the IDX in the eight months to August, compared to only 37% in 2019.

In addition to Ajaib, several other stock-trading apps have raised large sums this year. In February, FUNDtastic raised US$7.7 million in a Series A round led by Ascend Capital Group. FUNDtastic plans to diversify from mutual funds and gold investment into retail bonds, insurance and peer-to-peer lending. Shortly after FUNDtastic closed its Series A round, Pluang - another Indonesian online investment platform - announced it had raised US$20 million in a pre-Series B round led by OpenSpace Ventures.

More in this category: « How are Hong Kong's SPAC rules shaping up? Indonesia's IPO market sizzles »
back to top