How are Kakao’s two IPOs shaping up? 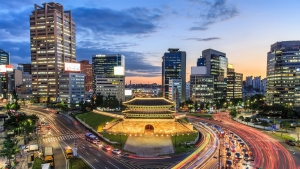 Two IPOs are better than one, as far as Kakao is concerned. The banking and payments arms of Korea’s super app are both preparing to go public in Korea in August. Kakao Pay, South Korea’s largest payments provider, which has 36 million users and is backed by Ant Group, plans to raise up to 1.6 trillion won ($1.4 billion). Kakao Bank, South Korea’s largest online lender, could raise up to 2.55 trillion won.

According to its IPO filing, Kakao Pay plans to sell 7 million new shares at 63,000 won to 96,000 won apiece. At the top of the range, its market capitalization could exceed $11 billion.

Investors are keen on Kakao Pay and Kakao Bank because of their integral role in the larger Kakao ecosystem and Korea’s rapid Covid-induced shift to online finance. Pre-pandemic, both Kakao units had been targeting an IPO in 2022-2023, but the pandemic changed their calculations, especially after they enjoyed a banner years in 2020.

Last year, Kakao Pay’s revenue more than doubled to 284 billion won and net losses fell 61% to 25 billion won. In the January to March period, Kakao Pay finally broke out of the red for the first time with a profit of 10.8 billion won.

Kakao Bank did even better in the first quarter: Its net profit surged 152.4% year-on-year to

46.7 billion won ($41.1 million) from 18.5 billion won a year earlier, buoyed by an increase in interest income and transaction fees. Transaction volume also grew briskly in the first quarter, rising 60% to 79.1 trillion won thanks to the growing popularity of Kakao Bank’s services with customers 50 and older.

Kakao Pay will use the proceeds from its IPO to invest in expanding the number of offline franchises that accept its payment services. Kakao’s payment service is currently available in 600,000 of South Korea’s 2.5 million physical stores, and it plans to expand that number to up to 1.5 million.

More in this category: « GoTo's strong IPO defies the odds Bukalapak readies for blockbuster IPO on IDX »
back to top