How are Hong Kong's SPAC rules shaping up? 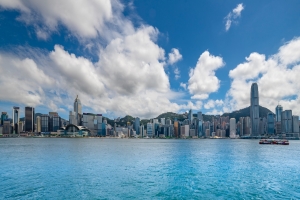 The race is on to attract SPAC mergers in Asia. Having already rejigged regulations to facilitate SPACs, Singapore has a head start on its competitors. That said, the Hong Kong Stock Exchange (HKEX) will be aiming to attract very different companies than Singapore Exchange (SGX). SGX’s focus will be Southeast Asia tech, while Hong Kong will lean heavily towards mainland China biotech and perhaps tech firms in sectors with strong government support. What remains to be seen is if Hong Kong is willing to adjust regulations to create a more favorable environment for SPAC listings.

The HKEX published a consultation paper on September 17 that lays out its SPAC framework. Unsurprisingly, the proposed rules are less lenient than New York’s, where most SPACs have debuted this year. For instance, under Hong Kong’s proposed regulations, blank-check companies would need to raise at least HK$1 billion ($128 million) while only professional investors will be permitted to participate in both the primary SPAC market. The HKEX considers professional investors those with a minimum portfolio of HK$8 million, comprising stocks, bonds, bank deposits and cash.

Among major financial centers, thus far Hong Kong’s SPAC rules are the most conservative. For instance, neither New York nor Singapore has a minimum fundraising size. New York has a minimum market capitalization requirement of US$50 million to US$100 million; for Singapore it is US$112 million. Further, New York and Singapore have no restrictions on retail investors.

Hong Kong regulators appear to be erring on the side of caution. They are perhaps taking into consideration the HKEX’s past experience with shell company-related scandals. The restriction on retail investors is likely intended to protect them as they are considered less sophisticated than professional investors.

Some observers believe the HKEX is making the right call by allowing only professional investors to purchase blank-check company shares. “SPACs are like a club for tycoons or the ultra-rich to pool their funding for investments; it is not really tailor-made for retail investors in Hong Kong,” Tom Chan Pak-lam, chairman of the Institute of Securities Dealers, a Hong Kong-based brokers’ industry body, told The South China Morning Post.

At the same time, given Hong Kong’s significant institutional and family office wealth, not including retail investors is unlikely to be a deal breaker for HKEX’s SPAC prospects. Retail investors accounted for about 20% of all trading in Hong Kong in 2019.

However, exclusion of retail investors is not the only problem with Hong Kong’s proposed SPAC regime. Other problematic areas reportedly include the requirement that investors vote must vote against a proposed transaction to redeem their investments ahead of a merger, the need for at least one SPAC promoter to be licensed in Hong Kong and the requirement for an IPO sponsor prior to a de-SPAC transaction.

There is still time for Hong Kong to tweak its SPAC rules to make the city’s bourse more competitive for blank-check mergers. HKEX's SPAC rules consultation period with stakeholders lasts until October 31. Thereafter, additional time will be required to formalize the regulatory framework.

More in this category: « Hong Kong's IPO market gradually regains momentum How did Ajaib become a unicorn? »
back to top