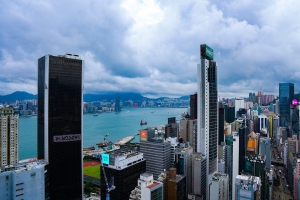 Had the Ant deal gone through a planned, it would likely have raised US$34.5 billion, making it the biggest IPO of all time. The Hong Kong bourse would also have likely set a new record for total funds raised in a year, exceeding 2010's US$57.8 billion.

The Ant deal is still a long ways off. When it was first suspended, some observers suggested the company could go public in about six months. That was never realistic, given the scope of the regulatory overhaul required of Ant.

First of all, Ant need to add about US$12 billion to its coffers to meet new capital requirements - an expensive but straightforward task.

The tougher challenge is around licensing. Ant has to apply to the China Banking and Insurance Regulatory Commission for two new microlending licenses, one for Huabi and one for Jiebi. But CBIRC may not be willing to give Ant two licenses. Additionally, Ant has to apply to the People's Bank of China for a financial holding company license because it operates in more than two segments of the financial sector.

By the time Ant fulfills capital and licensing requirements and gets the green light from regulators, it will likely be well into 2022.

At the same time, Hong Kong will likely benefit from regulatory headwinds affecting Chinese firms listed in the U.S. The U.S. House of Representatives is set to vote on a bill that would delist Chinese firms from U.S. exchanges if they refuse to fully comply with audit rules. If the bill becomes law, the companies would have a three-year grace period before being forced to delist from the Nasdaq or New York Stock Exchange. Should they exit U.S. capital markets, the Chinese companies could list in Hong Kong instead.