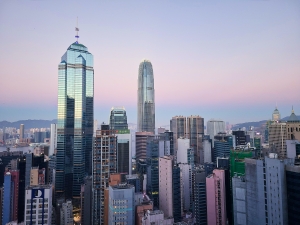 Hong Kong’s IPO market appears to have found its niche, acting as an offshore – but not in the same sense as New York – hub for up-and-coming Chinese companies to raise capital. Despite Beijing’s renewed emphasis on nurturing mainland capital markets, in the short run it will be hard for any of the mainland exchanges to compete with Hong Kong.

Thus far in 2021, Hong Kong IPOs have raised US$35.6 billion, No. 3 globally behind Nasdaq's US$60.9 billion and NYSE’s US$43.7 billion, according to Refinitiv. However, since early September there has been just one listing, compared to 14 in September 2020.

To be sure, Beijing’s crackdown on Chinese tech companies has affected HKEX, with firms like JD Digits, the digital finance arm of JD.com, putting their planned Hong Kong IPOs indefinitely on ice. Big-ticket fintech IPOs in Hong Kong are unlikely anytime soon as the regulatory situation with regards to fintechs remains mercurial.

A case in point: Chinese regulators reportedly intend to break up Alipay and force the fintech juggernaut to create a separate app for its lucrative lending business. Under this scenario, Ant would no longer be able to independently crunch user data to make decisions about the creditworthiness of loan applicants. Instead, a new joint-venture credit-scoring company would handle that task. Without being able to use its own data to make lending decisions, Ant could see its profit margins fall, potentially affecting its future valuation and IPO prospects.

Yet the Chinese market is so vast that there are bound to be plenty of other companies unaffected by current political and regulatory headwinds that are keen to go public in Hong Kong. According to The South China Morning Post, Tencent-backed Ximalaya (China's biggest podcasting platform) and Shanghai’s Xintiandi, the commercial property assets of tycoon Vincent Lo Hong sui's Shui On Land, are among about a dozen firms that have filed to go public in the former British Crown Colony since early September. In August, SenseTime Group, China’s largest AI company, and 58 Freight, the operator of Hong Kong's GoGoX, filed.

An important deal to watch is the expected US$1.29 billion listing of Dongguan Rural Commercial Bank, China's No. 5 rural lender. That deal would be the first US$1 billion offering since electric vehicle maker Li Auto raised US$1.5 billion in early August.

Several makers of Chinese tea and bubble tea are reportedly planning to go public in Hong Kong in late 2021 or early 2022, such as Mixue Bingcheng, ChaBaiDao, Gu Ming and Lelecha. According to Bloomberg, Shenzhen-based tea chain Heytea, backed by Sequoia Capital China and Hillhouse Group, hired UBS for a potential US$500 million listing in Hong Kong.

More in this category: « Can SPACs vivify SGX? How are Hong Kong's SPAC rules shaping up? »
back to top