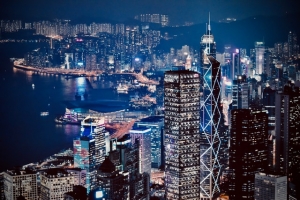 Hong Kong's IPO market picked up in the first quarter right where left off in 2020, soaring to a new high in terms of overall proceeds, according to KPMG. Deals raised on the Hong Kong Stock Exchange totaled US$13.9 billion. The nixed Ant Group deal last October has sidelined most fintech listings but not the rest of what KPMG describes as "innovation companies," notably biotechs.

The biggest Hong Kong deal - and indeed globally - of the year so far has been Tik-Tok rival Kuaishou's US$5.3 billion listing, the largest of its kind since Uber's May 2019 share sale that raised US$8.1 billion. The deal attracted record-breaking participation by retail investors, which submitted US$163 billion in orders, compared to institutional investors' US$200 billion, according to Bloomberg.

Tensions between the U.S. and China could accelerate Chinese firms' migration from New York to Hong Kong. The Biden administration has signaled that it intends to carry on the push by its predecessor to force full disclosure of audits by foreign companies listed on U.S. exchanges. Under a law signed by Donald Trump in December 2020, companies would have a three-year grace period to comply with the new audit inspection requirements. While Chinese firms are not named in the legislation, they are its targets. Chinese companies listed on U.S. exchanges have a market capitalization of roughly US$1.8 trillion.

Looking ahead, deal flow may slow in Hong Kong. One the one hand, most of the Chinese tech companies generating investor excitement have either listed already or cannot list in the near future for regulatory reasons. Amid the intensifying crackdown on China's fintech sector, fintech deals remain on ice for the most part. Ant Group will be lucky if it can list in 2022.

The one Chinese fintech that did list in Hong Kong in the first quarter, Bairong, raised US$507 million, the weakest debut by an US$500 million+ IPO since 2018. Bairong is positioning itself as a cloud technology business, but generates a good amount of revenue from peer-to-peer lending. Given regulatory views in China on P2P lending, Bairong may look like a risky bet to investors.

For its part, Tencent-backed Linklogis has been undeterred by the fintech crackdown and plans to list in Hong Kong this month in an IPO that could raise up to US$1.07 billion. Shenzhen-based Linklogis focuses on supply chain finance rather than consumer lending, and thus likely faces less regulatory scrutinty than Ant, WeChat Pay or JD Digits.

More in this category: « Ant Group’s woes are mounting Here comes the Grab SPAC »
back to top