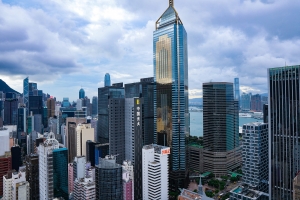 The Hong Kong Stock Exchange was not always the first choice for Chinese companies seeking to raise capital globally. In fact, before the downturn in U.S.-China relations, New York usually had price of place for such firms. As of October 2, 2020, there were 217 Chinese companies listed on U.S. exchanges with a total market capitalization of $2.2 trillion, according to the U.S.-China Economic Security and Review Commission.

The shift to Hong Kong began in earnest after the U.S. introduced legislation that may delist Chinese firms from U.S. exchanges by January 2022 if they do not allow U.S. inspectors full access to their audit documents. Since November 2019, eight NYSE or Nasdaq listed Chinese companies have raised about $25 billion in secondary listings in Hong Kong, including the internet giants Alibaba, JD.com and NetEase.

While the legislation has yet to pass, Chinese firms will continue to hedge their bets. Nasdaq-listed video platform Bilibili, which counts Tencent, Alibaba and Sony as key investors, is reportedly planning a secondary listing in Hong Kong for 2021 that could raise up to US$1.5 billion. Ironically, three of the four investment banks hired to arrange the offering are American: JPMorgan, Goldman Sachs and Morgan Stanley, according to Nikkei Asia. The fourth bank is UBS.

Meanwhile, online wealth management platform Lufax stands out for its contrarian planned NYSE listing, which it filed for on October 7 and is reportedly expected before the end of the month. Lufax aims to raise up to US$3 billion, according to The Wall Street Journal. Like Ant Group, Lufax hopes to avoid any U.S. election-related tumult. At the same time, Lufax does not want to be overshadowed by the mammoth Ant IPO.

Further, Lufax's investors see the U.S. as a better bet than Hong Kong. The Chinese fintech has many foreign institutional investors who favor a U.S. listing, although Hong Kong could offer a higher valuation. The company's individual investors, which include executives from its parent company Ping An Insurance Group, would also prefer to cash out in U.S. dollars in the U.S.