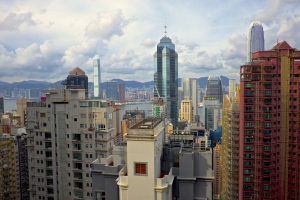 On June 1 Tencent-backed payments service provider Yeahka debuted in Hong Kong, raising HK$1.53 billion (US$197.3 million). The IPO was oversubscribed more than 600 times. Yeahka's IPO follows the company posting its first net profit in 2019 of RMB 84.7 million (US$11.9 million), a big improvement over its loss of RMB 182.8 million a year earlier.

One June 5 Chinese gaming giant NetEase reportedly raised roughly HK$21 billion ($2.7 billion) for its planned June 11 secondary share listing in Hong Kong. NetEase, which is China's second largest gaming firm after Tencent, priced 171 million new shares at HK$123 each, Bloomberg reported, which equated to a 2% discount to its June 4 Nasdaq closing price. The international tranche was more than 10 times oversubscribed by investors including sovereign wealth funds and long-only funds. The IPO also attracted participation from investors based in China.

Next up for a secondary Hong Kong listing will be Chinese e-commerce giant JD.com, which plans to raise up to US$4.3 billion in its June 18 debut on the Hong Kong Stock Exchange. The date of the listing coincides with JD's annual shopping festival, the second-largest promotional event of its kind after Alibaba's Singles Day.

NetEase, JD and other Chinese firms listed in the U.S. are moving to raise capital closer to home in anticipation of stricter disclosure requirements on U.S. exchanges. Mounting U.S.-China tensions in the financial sector could see new rules enacted that require U.S.-listed Chinese companies to accept more comprehensive audits or be forced to leave U.S. exchanges. The U.S. Senate approved a bill last month that would require companies to delist if they failed to comply with U.S. regulatory audits for three years in a row. If the House of Representatives passes the bill and President Donald Trump signs it, it will become law.

Congress first proposed the legislation about a year ago, but it failed to gain traction amid uncertainty about the impact on U.S. capital markets. Power brokers on Wall Street opposed the bill, as did their allies in the Trump administration. Then came Luckin Coffee's swift implosion, which highlighted corporate governance concerns about U.S.-listed Chinese firms.

According to Goldman Sachs, 29 U.S.-listed Chinese firms with a market value of US$370 billion are eligible to list in Hong Kong.