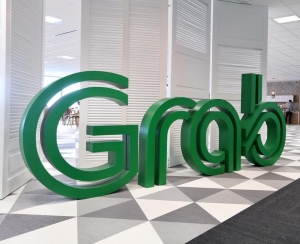 Grab is heading for the exit ramp SPAC style. IPOs are slow, costly and let regulators hold a magnifying glass to a firm’s balance sheet. Less so with this SPAC on the Nasdaq, which will give Grab a high valuation (US$40 billion) and investors a way to cash out. Grab has been operating for about nine years. The merger will include roughly US$4.5 billion in cash, the largest share sale yet by a Southeast Asian firm in the U.S.

Not long ago, Grab had been leaning towards a traditional IPO. However, California-based Altimeter Capital made the ride-hailing giant an offer that was too good to turn down. “Decidedly, it was Altimeter's ability to raise capital in the private and public markets that can help Grab choose their investors directly and prepare for public ownership,” Daniel Tu, managing director of Hong Kong-based Active Creation Capital, told Kapronasia.

Tu says that Altimeter pledged not to sell its so-called sponsor shares for three years, much longer than the typical six to 12-month lockup seen in other SPAC mergers, while Altimeter will donate 10% of those shares to the GrabForGood Fund.

Altimeter Capital has been at the center of some prominent IPO and late-stage private-market transactions over the past year.  In January, it took online game platform Roblox public through a direct listing at US$45/share that is now trading at US$80/share.

Investors are betting that Grab’s rosy depiction of its future prospects is on point. Although Grab lost US$800 million in 2020 on an EBITDA basis and will likely only narrow that to US$600 million this year, the company's recent press release about the SPAC emphasizes that its ride-hailing and food-delivery businesses are EBIDTA profitable in most of the markets where it operates.

Grab’s super-app strategy “helped our driver-partners pivot to deliveries, and enabled us to deliver growth while improving profitability,” Anthony Tan, Grab group CEO and co-founder, said in the press release, adding that the company’s many heavyweight backers “is testament to the global investment community’s belief in the long-term value proposition of Grab’s super-app strategy and the exciting growth potential of Southeast Asia.”

Nobody expects a platform company to be profitable right away. Google needed about three years. Facebook needed five years. It took Amazon more than nine years. But Uber, the inspiration for key aspects of Grab’s business model, remains unprofitable 12 years after its founding.

The difference between Grab and Uber is that the latter did not pivot to financial services and more broadly the super-app concept that thus far has only been successful in the more culturally homogenous China and Korea markets. WeChat and Kakao have become the indispensable apps for China and Korea respectively. WeChat and Kakao both began as free messaging apps, building large user bases without burning huge piles of cash.

Grab’s approach to user acquisition has mirrored Uber’s, hence the ongoing cash burn. Of course, Grab can point to its substantial ride-hailing and food-delivery growth as proof that the strategy works, but ultimately neither of those businesses offers the potential of financial services. Whether Grab lives up to investors’ lofty expectations could well depend on its ability to move beyond low-margin payments into full-fledged digital banking and especially high-margin services like lending.

Grab has made some important steps in that direction. It has acquired a Singapore digital bank license together with Singtel and will likely apply for one in Malaysia. Grab is also likely to follow moves by Sea and Gojek and make an acquisition in Indonesia that allows it to operate a digital bank in Southeast Asia’s largest economy.