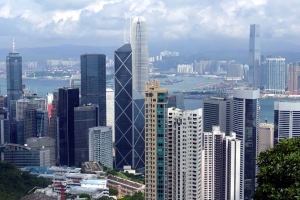 Hong Kong’s IPO market has likely hit a nadir, with funds raised from new share listings plummeting 90% year-on-year in the first quarter. Just 11 companies went public on the Hong Kong Stock Exchange in the January-March period, raising a total of US$1.72 billion. It was HKEX’s worst performance since the first quarter of 2013.

Hong Kong’s IPO market has become increasingly dependent on mainland China in recent years, to the extent that any economic or industry disruptions there tend to cause the city’s deal pipeline to slow or even dry up. In the first quarter of the year, Hong Kong was hit with a double whammy of Beijing’s ongoing technology industry crackdown and a massive Covid outbreak driven by the ultra-infectious Omicron variant.

Though the Covid outbreak appears to have peaked, the crackdown on China’s tech sector is another story. It will take time for various platform companies to restructure in a manner satisfactory to Chinese regulators. Companies that had once touted their fintech credentials are now in a hurry to play them down, like JD.com, which has pivoted away from digital financial services to focus on artificial intelligence and cloud services. Its erstwhile fintech unit, JD Finance, has been rebranded as the more ambiguous JD Digits.

JD Digits was among the fintech firms that were planning IPOs in Hong Kong that would follow Ant Group’s. But with the future of the Ant deal unclear and the ongoing fintech crackdown, it is unlikely JD or others will list anytime soon.

According to a report from The Information, bankers who in the fall of 2021 mooted a possible Hong Kong IPO for Ant in the second half of 2022 or in early 2023 now say that the deal is on ice indefinitely. That report follows Warburg Pincus (a top Ant investor) slashing its valuation of Ant by 15% to less than US$200 billion.

Without a steady stream of tech company listings, the Hong Kong IPO market is unlikely to reach the heights of 2020 (when it was the No. 2 market globally) or even 2021, when the crackdown started to bite. A total of 92 companies raised US$40.88 billion last year on the HKEX.

Nevertheless, the sheer size of China’s economy and the preference of Chinese firms to raise capital internationally in Hong Kong augur well for HKEX in the months ahead. HKEX chief executive Nicolas Aguzin said in late March that the bourse operator had over 170 listing applications. KPMG and Ernst & Young have also expressed confidence that the city’s IPO market will rebound later this year.

The Hong Kong Stock Exchange’s plan to undertake further listing reforms to allow pre-revenue tech giants to list may attract some rising stars. However, the market will need to feel that the tech crackdown has run its course in China first. Otherwise, the risks for companies and investors will likely be too great.

More in this category: « It’s slow going for SPACs in Asia so far Assessing the implications of GoTo’s sliding share price »
back to top