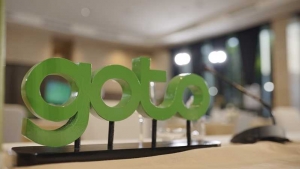 Heading into GoTo’s IPO Monday, one could be forgiven for being a bit skeptical. Here was another loss-making platform company with a sky-high valuation and a lot of subsidy-driven digital services. If you’ve seen one, you’ve seen them all, right? Not necessarily, say investors. GoTo raised US$1.1 billion in a triumphant IPO on the Indonesia Stock Exchange. Shares rose up to 23% and closed the day 13% higher at 382 rupiah, valuing the firm at about US$31.5 billion.

GoTo’s debut is Indonesia’s third largest of all time, just slightly behind Bukalapak (US$1.5 billion) and Mitratel (US$1.3 billion). Both of those companies listed in less tumultuous times, with inflation less of a concern and no major geopolitical conflict roiling markets. While Mitratel’s share price has more or less held steady since its Nov. 2021 IPO, Bukalapak has lost about 69% of its market capitalization since it went public last September.

Will GoTo fare better than Bukalapak? In the short term, it would be hard to do much worse. In the long term, GoTo’s prospects could hinge on its ability to thrive in digital financial services and whether it can integrate them smoothly with its e-commerce offering, as Alibaba did with Alipay. We are less excited about ride hailing and food delivery, but in a market as wide open and large as Indonesia’s, even those costly (for GoTo) services could make money one day. Indonesia’s digital economy is predicted to grow nearly fivefold to US$330 billion by 2030.

Compared to Grab and Sea, whose shares have both struggled in recent months and are also vying for market share in Indonesia’s digital financial services market, GoTo enjoys the advantage of a clear focus on its home market. Both NYSE-listed Sea and Nasdaq-listed Grab have extensive regional operations and Sea has even expanded to Brazil and Europe. In contrast, in the past year or so, GoTo has pared back its business outside of Indonesia. The GoTo ecosystem includes 2.5 million drivers, 14 million merchants and 55 million annual transacting users.

"There was no perfect timing for this IPO, but our focus was on Indonesia, with a local investor audience," GoTo's CEO Andre Soelistyo told reporters Monday.

It probably did not hurt GoTo to have the apparent backing of Indonesian President Joko Widodo either. “I hope this GoTo IPO motivates young Indonesians to lend new energy to the technological leap in this country’s economy,” he said in a video address.

The success of GoTo’s IPO could pave the way for more startups to list on the IDX this year, which is currently the best performing market in Asia. Its main index is up 9% thus far in 2022. Some candidates for IPOs later this year include Binance-backed crypto firm TokoCrypto, online travel booking company Tiket.com and Traveloka.

More in this category: « Hong Kong’s IPO market hits a snag How are Kakao’s two IPOs shaping up? »
back to top