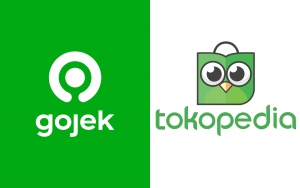 After years of raising funds in private markets, Southeast Asia’s largest platform companies are suddenly eager to exit. The region’s foremost super app rivals are leading the pack, but the exit routes vary considerably. Grab is making SPAC history with the largest ever such deal, on the Nasdaq. Not to be outdone, Gojek and Tokopedia are moving to finalize their expected merger, which will likely include a listing both in New York and on Indonesia’s own stock exchange. The combined entity, the aptly named “GoTo,” could attain a valuation of US$30-$40 billion.

Gojek and Tokopedia are reportedly in the final stages of a merger that would create a digital services juggernaut in Southeast Asia’s largest economy. Bloomberg reports that GoTo will be organized as follows: There will be three business units, ride-hailing under Gojek, e-commerce under Tokopedia and and digital finance under the title of Dompet Karya Anak Bangsa, or DKAB.

The benefits to this likely merger far outweigh the risks. To be sure, neither Gojek nor Tokopedia is profitable, and integrating their various business units may not be seamless. The new entity could continue to lose money, while continuing to fall behind Grab and Sea Group.

On the other hand, the alternative for both Tokopedia and Gojek is unattractive. Sea’s hot streak shows no sign of abating. With its ability to easily raise cash on the NYSE, the Singaporean internet services company can shop around for acquisitions to bulwark its already formidable ecosystem of gaming, e-commerce and fintech. In February, Sea snapped up the Indonesian incumbent lender Bank BKE, which it will transform into a digital bank. In March, Sea announced it would inject a cool US$1 billion into a corporate investment arm and said that it planned to build artificial intelligence labs in Southeast Asia to support the region’s digital economy.

GoTo will be counting on its e-commerce arm to make it competitive with Sea. Having e-commerce may give GoTo a bit more of the stickiness needed to be a credible super app. In contrast, Grab will have more digibanking, but otherwise the decidedly non-sticky ride-hailing and food-delivery services.

Another advantage GoTo will to the table is a focus on Indonesia, its home market. Gojek and Tokopedia do not have large international businesses. Grab is quite the opposite, with large investments in all of Southeast Asia’s major markets which will limit the resources it can devote to Indonesia.

More in this category: « Here comes the Grab SPAC Why is Afterpay considering a US IPO? »
back to top