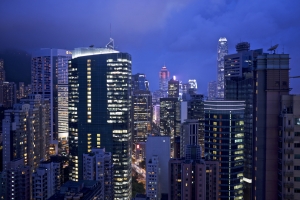 In the first half of the year, the HKEX had US$4.17 billion in deals, fourth in the world after the Nasdaq, China's Star Market and the Shanghai Stock Exchange, according to Refinitiv. To be sure, that's a marked drop from US$7.91 billion during the same period a year ago, but it's also a strong showing amid tough market conditions.

The technology sector has raised the most money on the HKEX so far this year. Among the key deals from January to June were the secondary share listings of JD.com and NetEase, which raised almost US$4 billion and US$2.7 billion respectively. Both firms are listed on the Nasdaq and sought to raise new capital closer to home amid intensifying U.S.-China tensions.

In a recent report, Ernst & Young said that more than 138 firms have submitted public filings in Hong Kong. Businesses “have a strong desire to go public when the right IPO window opens," the report said.

The question is if the right IPO window has opened for Ant Group. The Hangzhou-based company was quick to deny a July Reuters report that said Ant is planning to go public on the HKEX "as soon as this year" in a deal that would value the company at up to US$200 billion. If that deal were to go ahead, it would be surely be one of the largest of the year. In its most recent fundraising round, held in June 2018, Ant was valued at US$150 billion.

There has been talk of an Ant IPO for several years, but market conditions have not been right. Ant has held off on the IPO amid tightening oversight of fintechs in the mainland. Regulatory crackdowns have virtually eliminated the once booming crypto and P2P lending sectors. While Ant isn't involved in those sectors, its positioning as a "fintech" is no longer optimal.

In May, Ant received regulatory approval to change its English name to Ant Technology Group Co. The company prefers to be called "Ant Group" in English now rather than the erstwhile "Ant Financial" moniker.

In January, The Financial Times reported that Ant was mulling a dual-share listing in Hong Kong and mainland China, so that it would be easier for both renminbi and dollar investors to sell shares. Reuters said that Ant is now more likely to list in Hong Kong first as the listing process would be less cumbersome.