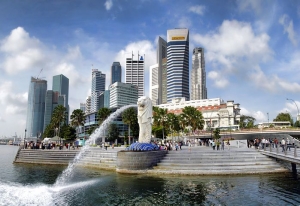 It has been a banner year for firms going public in Asia, with the IPO market booming from Hong Kong to Seoul to Mumbai. The same cannot be said for SGX, which has been much quieter. Thus far this year, the exchange has seen just three IPOs. As always, limited liquidity and sub-par valuations are problems. Something needs to be done to turn things around.

While it has become Southeast Asia and perhaps the APAC region’s paramount fintech hub, Singapore has not yet been able to use that strength to vivify its capital markets. Most glaringly, internet services firm Sea Group, Southeast Asia’s most valuable listed company, went public on the NYSE rather than at home.

Compared to Hong Kong, whose IPO market is red-hot and has been for a while, Singapore does not have a near-endless ready pool of companies eager to raise capital on its stock exchange; there is no equivalent for mainland China in Singapore’s case.

With that in mind, the city-state’s embrace of SPACs could be just what the doctor ordered to turn things around. Yes, there are some regulatory concerns to address, but for Singapore to get bogged down in those is not the way forward. Currently, Singapore plans to encourage SPACs on SGX  with regulations more lenient than initially envisioned and closer to those in the U.S.

According to Bloomberg, Turmeric Capital is working with an adviser for a SPAC IPO of S$300 million ($US 224 million). "We are actively engaging with potential sponsors and are expecting a robust pipeline of Asia-focused SPACs,” Mohamed Nasser Ismail, SGX’s head of equity capital markets, was quoted as saying by Bloomberg.

Given that Singapore has a strong fintech sector with a regional footprint, if it can present itself as an attractive SPAC market, there could be positive knock-on effects for its capital markets as fintechs go public on SGX through SPACs, one after the other.

However, it will not be easy for SGX to compete with exchanges where there is greater liquidity and valuations tend to be higher. Three Singapore-based SPACs have listed in New York since the start of the year, raising nearly US$700 million. And Singapore’s homegrown super app Grab, the most valuable startup in Southeast Asia, plans to go public in New York later this year in what could be a record US$40 billion SPAC.

To be sure, Grab is reportedly also considering a secondary listing on SGX later down the line, but it seems political considerations are weighing heavily on that possibility. It is very unlikely that Grab would eschew the New York SPAC for a primary listing in Singapore – even with a very SPAC-friendly environment – because it would not make sense from a business perspective.

More in this category: « Kakao Bank’s IPO is a blockbuster Hong Kong's IPO market gradually regains momentum »
back to top