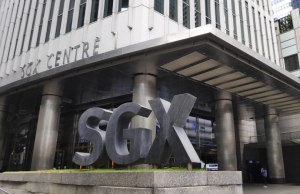 The Singapore Exchange has long been quiet compared to other prominent bourses in Asia, from Hong Kong to Shanghai, Tokyo to Mumbai. We might call it a sleeper – provided that it has adequate potential to awake. In 2021, fundraising on SGX fell 50% to $565 million, a six-year low, with just eight listings, according to Refintiv.

A problem for SGX is that Singapore does not have a massive economy like China’s, Japan’s or India’s that can regularly produce massive startups eager to raise capital in public markets. With that in mind, SGX needs to think outside the box if it wants to raise its profile and attract bigger-ticket deals. Its activity over the past year or so indicates that it is indeed moving in that direction.

One move made by SGX to attract more listings was to revise its rules to make it easier for SPACs to list. Though the SPAC boom has appeared to fizzle out, Singapore nonetheless managed to attract three in January, two of which involve Temasek-backed firms. There has been no further related activity since. All three of Singapore's SPACs have recently traded slightly below their IPO prices of 5 Singapore dollars each.

More interesting than the underwhelming SPACs is the tie-up between SGX and the New York Stock Exchange (NYSE). Under the agreement announced in July, the two exchanges will team up to allow dual listing of companies on both the bourses. The two stock exchanges will also explore development of more exchange-traded funds products (ETFs) and new environmental-social-corporate governance (ESG) products and services.

“Dual listings between the NYSE and SGX Group benefit issuers by allowing them to tap into pools of capital in key markets outside of their home regions,” the two bourses said in a statement.

As it so happens, even before the tie-up was announced, Singaporean regulators had reportedly been courting its U.S.-listed tech giants Grab (Nasdaq) and Sea (NYSE) to list at home. The overtures reportedly began in a rather cordial manner, with SGX officials encouraging the super apps to pursue secondary listings in Singapore, which they believe would give the companies access to a different pool of investors – to their benefit – while helping the Singapore bourse make a name for itself as a go-to destination for ascendant Southeast Asian tech giants.

Recently, the discussions have changed in tone, according to The Financial Times, with regulators talking of a “national duty” for the Singaporean tech juggernauts to list in the city-state.

It sounds reasonable in theory – after all, both Grab and Sea have benefited from the favorable regulatory environment in their home market and could potentially access an interesting investor pool on SGX – but those two firms have been struggling amid the global rout of tech stocks and investor irritation with the intractable cash-burning habits of many tech startups.

In addition, as FT noted, market sentiment is not exactly optimal for loss-making tech companies who recently listed in the US to ask investors for yet more money in Singapore, before they have fully gotten their respect house sin order. After all, weren’t the listings in New York supposed to help accomplish that goal?

More in this category: « Assessing the implications of GoTo’s sliding share price Indonesia plans new economy board, crypto bourse »
back to top