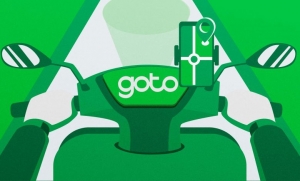 Platform companies have not had the best 2022, especially loss-making ones based in Southeast Asia. Amid global economic jitters, investors are souring on inflated tech valuations and stocks. We had thought Indonesia’s GoTo, with its laser focus on its massive home market and strong fundamentals, might be able to buck this trend, and at first it seemed the company might do just that. After all, its IPO was successful. But in recent weeks, the company’s share price has plummeted, mirroring the trajectories of its peers like Sea Group, Grab, Alibaba and Paytm.

GoTo’s public debut started out well enough. It is Indonesia’s third largest of all time, raising US$1.1 billion on the Indonesia Stock Exchange and valuing the company at US$31.5 billion. Shares rose up to 23% and closed the day 13% higher at 382 rupiah.

Yet in roughly the month since then, GoTo’s share price has plummeted 47% to 202 rupiah. The stock has fallen steadily, despite GoTo implementing a mechanism to try to prevent share prices falling below its IPO price. Under an agreement with PT CGS-CIMB Sekuritas Indonesia, the broker would buy dumped shares to shore up prices. Per the deal, CGS-CIMB Sekuritas Indonesia was appointed to buy a maximum of 6.09 billion shares from the market should the price hit or drop below the IPO level of 338 rupiah per share. By late April, the buying limit was maxed out.

After GoTo’s IPO in April, we wrote that the company had many elements working in its favor: a clear focus on its huge home market, a lack of extensive loss-making international operations, a budding suite of digital banking services, even the apparent support of Indonesian President Joko Widodo. Bank Jago, in which Gojek has a 22% stake (increased from 4% in December 2020), had its first profitable year since 2014 in 2021. Along with Gojek, other Indonesian fintechs including investment app Bibit, stock trading platform Stockbit, and several peer-to-peer lending firms are helping Bank Jago convert into a digibank.

Given the huge unbanked population in Indonesia, and the trend of incumbents and tycoon-owned conglomerates (sometimes one and the same) to join forces with Big Tech, GoTo’s prospects in digital banking remain bright. A temporary fall in stock prices does not change that.

However, investors will have to be convinced that the super app proposition is real. To be sure, after many years of losing money, U.S. ride-hailing giants Lyft and Uber are now either profitable or almost there (Uber made its first operating profit in the fourth quarter of 2021). Meanwhile, platform companies like Amazon, eBay, Alibaba and JD.com have proven e-commerce can make money, though it takes time.

However, Gojek – and indeed its competitor Grab – are trying to marry ride-hailing, food delivery, e-commerce and fintech. They are the first to try this admittedly novel combination of digital services. The value proposition is that the data gleaned from rides and e-commerce transactions can be used to tailor customized digibanking solutions for customers, whether savings, lending or investment products.

The key to Gojek’s success will be seamlessly linking up its different digital services. If the company and its deep-pocketed backers are correct – that Indonesians are keen to use the same app to hail a taxi, order food, shop online and bank – then GoTo will remain a good bet in the long term, even if its share trades a little lower than expected for a while.

More in this category: « Has Hong Kong's IPO market bottomed out?
back to top