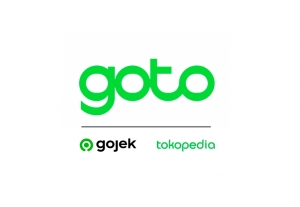 Why now? That is the question many analysts and investors are pondering as Indonesian platform company GoTo is pushing ahead with an IPO that seeks to raise up to US$1 billion at a US$30 billion valuation despite the poor performance of loss-making companies' shares in recent months. Like its Singaporean counterpart Grab, GoTo began as an Asian answer to Uber but has morphed into a super app leaning heavily on digital financial services to secure its future. And like Grab, GoTo has yet to turn a profit, spends heavily subsidizing users, and made investors wait a long time for an exit.

The financials of private companies can be opaque, and it is hard to know for sure just urgently GoTo needs the money it will raise from its IPO. But suffice to say that its exit time for investors. The “Go” part of the company, Gojek, was founded in 2010 while the “To,” Tokopedia, was founded in 2009.

GoTo’s main competitors in the platform company department are Grab, Sea and perhaps Bukalapak. All are now listed companies able to raise capital cheaply in public markets. GoTo cannot realistically expect to compete with them as a private company. GoTo’s loss totaled 11.58 trillion rupiah for the first nine months of last year, equivalent to about $808 million, and an 11% increase from the same period a year earlier. In comparison, Grab posted a US$3.6 annual loss in 2021, up from US$2.6 billion a year earlier, while Sea lost US$1.5 billion in 2021 compared to US$1.3 billion in 2020.

The GoTo IPO comes amid a time of intense market volatility, but Indonesia’s stock exchange the IDX has done better than many others. The Wall Street Journal notes that the IDX Composite Index of Jakarta-listed stocks has gained more than 5% so far this year.

That said, we are skeptical that GoTo can in its IPO overcome rising investor skepticism about its business model. The so-called super apps’ shares have not performed well at all in recent months, and in fact their struggles well pre-date recent geopolitical turmoil and cannot be simply attributed to an adjustment in interest interests or stubbornly high inflation. The problem lies in their business models, which seek to create one-size-fits-all solutions that users do not necessarily want, and that are built upon questionable foundations. How much time do people spend in a ride-hailing and food-delivery app? Where is the link from those services to banking?

GoTo will say it can boost financial inclusion by providing banking services to its drivers, passengers, etc. and that argument is reasonable. Indonesia has 181 million unbanked people. That is a big fintech opportunity. However, there are now dozens of digital banks or the equivalent competing in that space, with more to come. The reason GoTo has become a stronger digibanking player in its home market is not because it has a super app; it’s because Gojek bought a 22% stake in the incumbent lender Bank Jago and was able to onboard all those existing customers into the GoTo ecosystem. Buying a bank is a good way for a tech company to get banking customers fast.

Indonesia is by no means a winner-take-all financial services market; the pie is big enough for many firms to prosper. With its laser focus on Indonesia, GoTo probably will have an advantage over competitors that are spread too thin elsewhere. Grab is going to have to devote considerable resources to its operations in Vietnam, the Philippines, Singapore, Malaysia and Thailand, while Sea operates in all of those markets plus Brazil, India, and Europe.

Between e-commerce and digital financial services, GoTo can probably thrive in Indonesia, which has a booming digital economy. The challenge for the company will be to reduce the cash burn of ride hailing and food delivery. If Uber’s experience is anything to go by, GoTo could be in for a rough ride.

More in this category: « Retail investing heats up in Indonesia It’s slow going for SPACs in Asia so far »
back to top