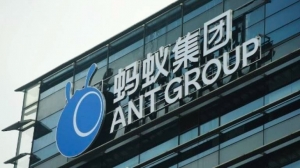 It has not been the best six months for Ant Group. The erstwhile high-flying fintech giant landed squarely in regulatory crosshairs on the eve of its abortive IPO and has been there ever since. Initial optimism that the company could expeditiously get its regulatory house in order have been dashed as Beijing’s demands increase. Not only must Ant vastly increase its capitalization, which will eat deep into its profit margins, the company must also restructure and hand over its precious user data to a state-run firm. Ant's valuation could fall as low as US$29 billion, a far cry from the US$315 billion price tag that the company had around the time of its abortive IPO. These changes will have a profound impact on Ant’s future prospects and likely other major fintechs in its ecosystem as well.

Prior to Beijing pulling the plug on the Ant listing, the Hangzhou-based company was expected to raise US$34.5 billion in the dual Hong Kong-Shanghai listing. That would have been the largest IPO in history. It now looks like the idea of an Ant IPO could be history – at least on the Shanghai STAR board. In April, the China Securities Regulatory Commission (CSRC) announced that firms considered property or financial investors would be banned from listing on the STAR Market. Ant would have to apply (most likely) as a pure technology firm. If it applied as a fintech, it would face additional regulatory scrutiny.

Even if Ant could satisfy regulatory requirements, its valuation would be nowhere near the mammoth amount targeted last October. Of course, Ant could probably still list in Hong Kong and/or Shenzhen if it were willing to accept a much more modest outcome than originally sought.

At the same time, Ant’s overseas forays – once thought to be at the crux of its expansion plans  – are shrouded in uncertainty. Consider its digital banks in Hong Kong and Singapore. In such well-banked and competitive markets, who is going to take a chance on banking with a company facing so much regulatory pressure? At a minimum, there will be uncertainty among customers about Ant’s ability to provide a full suite of banking services. In that case, in Singapore, Grab-Singtel or Sea is going to look like better bet than Ant to SME customers.

Now consider the fate of Ant’s strategic overseas investments. If the company finds itself short of cash needed to satisfy capitalization or other regulatory requirements in China, it might have to divest itself of a few of those investments, which could have profound implications for the companies involved. Ant has a 30% stake of Indian fintech unicorn Paytm valued at roughly US$4.8 billion. India media reported in December that tensions between New Delhi and Beijing had prompted Ant to consider selling its Paytm stake. The geopolitical issues are something to consider, but Ant may also end up really needing the cash.

Ant also holds a US$200 million stake in the payments arm of Korean super app Kakao, which makes Ant Kakao Pay’s second-largest shareholder. Kakao Pay is expected to list as early as August. Earlier in the year, Korea’s Financial Services Commission reportedly held off on granting approval for a MyData business to Kakao Pay. Before granting that approval, the FSC must check to ensure a major foreign shareholder has not been the subject of criminal punishment and sanctions from the supervisory authorities of the origin country. As of late March, the financial watchdog was still waiting for a response from the Chinese authorities, according to Korean media.