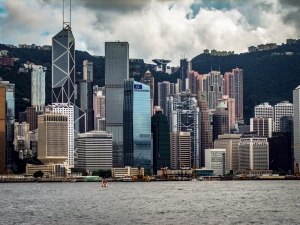 While no new timetable has been formally set, Alibaba could potentially launch the deal as early as October, still seeking to raise $10 billion-$15 billion, depending on whether political tensions had eased and market conditions became more favorable, according to Reuters.

Analysts say that the Chinese e-commerce giant is wary of "bestowing a gift on Hong Kong" amidst political instability that has irked the central government. That's a valid point, but the business environment in Hong Kong is equally important. Without a return to normalcy, investor appetite for share offerings will continue waning. Under that scenario, an Alibaba listing in Hong Kong could be underwhelming. With solid financials, Alibaba is under no pressure to rush its Hong Kong arrival. The company's revenue rose 42% annually to RMB 114.9 billion ($16.3 billion) in the fiscal first quarter ended June 30, while profits doubled to RMB 21.2 billion compared to the same period a year earlier.

That said, the firm does not want to put off the Hong Kong listing indefinitely. In fact, it may have no choice but to list in Hong Kong if Sino-U.S. trade tensions continue spilling into the financial sector. In June, a bipartisan group of U.S. senators introduced legislation targeting China that requires foreign companies to grant U.S. inspectors full access to their audit reports or face delisting from U.S. exchanges. Following a three-year grace period, enforcement would begin. Observers say the bill has a good chance of becoming law, given its high level of bipartisan support.

"If China-based companies want to list on stock exchanges or access capital markets in the U.S., we should make them comply with American laws," Senator Marco Rubio said in a statement.

The likelihood that Beijing will acquiesce to the bill's requirements "is at most two percent," wrote China-based lawyer Steve Dickinson in a June post on The China Law Blog. "This then means that if this legislation is passed (which is looking likely), all Chinese companies currently listed on the U.S. markets will be delisted and no future listings from Chinese companies will be permitted on the U.S. markets," he added.

The bill is likely to pass and that will start "the three-year countdown for negotiations, or for the companies to find another listing home. I expect most of them will move their listings to Hong Kong," Paul Gillis, a professor at Peking University, was quoted as saying by Nikkei Asian Review in June.

More in this category: « Taiwan says its STO fundraising regulations are a first globally How resilient is the Hong Kong IPO market? »
back to top