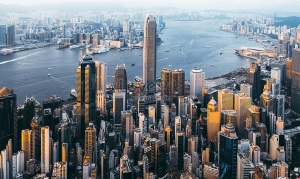 Hong Kong’s IPO market had a banner year through September, posting its best performance since 1980 on the back of a flurry of listings by Chinese firms. Up to 71 companies raised nearly US$36 billion on the Hong Kong Stock Exchange (HKEX) from initial stock sales and secondary listings. Seven of the 10 biggest listings were Chinese tech firms. However, most of the funds were raised in the first half of the year. In recent months, the market has slowed sharply amid a highly uncertain and restrictive regulatory environment.

The fourth quarter of the year is normally a busy time for Hong Kong IPOs. The current chill in the market is a sign of just how concerned companies are about falling afoul of regulators. Until recently, it had seemed that as long as companies were not dabbling too much in fintech (the initial target of regulatory ire), listing in Hong Kong was a safe bet.

That is no longer the case. Chinese President Xi Jinping’s call for companies to align with the “common prosperity” concept has raised concerns about the political impact of blockbuster IPOs. It was not so long ago that a blockbuster deal by a Chinese tech firm in Hong Kong would be a source of national pride. But in the current environment, such deals might be associated with the excesses of free-market capitalism Xi aims to tame with his vision.

In this year’s World Competitiveness Yearbook, which is conducted by the Institute for Management Development in Switzerland, Hong Kong’s Gini co-efficient stands at 48, placing it in the top third of the 64 regions surveyed in terms of wealth disparity.

For their part, tech companies aiming to go public are concerned about China’s shifting goalposts for data regulation. One of the reasons regulators reacted so harshly to Didi’s New York IPO is that the ride-hailing giant possesses an immense amount of user data, some of which can be considered sensitive. Even companies not listing overseas must proceed with caution. In August, healthcare startup We Doctor, once seen as a surefire candidate for a blockbuster IPO, found itself fielding inquiries from HKEX about its data governance. The company filed to go public in April, but it is anybody’s guess when the deal will actually happen.

Meanwhile, the immense uncertainty surrounding tech firms and IPOs in general has dampened investor appetite for tech stocks. More regularity clarity will be needed for the deal pipline to pick up again. In the absence of authoritative regulatory statements, the market slump is likely to drag on through year-end.

More in this category: « Indonesia's IPO market sizzles Worth the wait: Kakao Pay’s IPO »
back to top