A Grab secondary listing would be a boon for the SGX 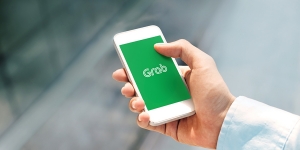 Ride-hailing giant Grab is full of surprises these days. It was not so long ago that the Singaporean decacorn was said to be considering a tie-up with its rival Gojek. Gojek instead is moving to merge with e-commerce giant Tokopedia while Grab is taking the SPAC merger road to an exit. The forthcoming Nasdaq SPAC could value Grab at up to US$40 billion, but it is not the only listing the company is considering. Indeed, Grab is also considering a secondary listing on the Singapore Exchange (SGX).

Listing on the SGX would allow Grab to access a different pool of investors in its home market, where there are many funds and family offices. With an investor base in Singapore, Grab could make it easier for its customers, merchants and drivers to trade its shares.

Such a move would undoubtedly please Singaporean regulators, who would be pleased to see a tech company of Grab’s stature list on an exchange that has struggled to attract big-ticket listings outside of the property sector. Indeed, compared to the Hong Kong Stock Exchange, the SGX has had a harder time finding a strong niche. While the Hong Kong bourse attracts China’s highest flying tech companies, the SGX has not been able to do the same yet.

A Grab secondary listing would be an outlier. Sea, Southeast Asia’s most valuable public company, is listed on the NYSE. Grab’s primary listing will be on the Nasdaq. Gojek-Tokopedia and Traveloka both plan to list in the U.S. this year.

“By planting a flag at SGX, Grab would be making a commitment on its home turf,” Daniel Tu, founder of Hong Kong-based Active Creation Capital, told Kapronasia. “Hopefully [should the listing going through], it will be an impetus for other local/regional tech companies to list, primary or secondary, on the SGX - much like the intent of the Ant Group dual-listing IPO in Hong Kong and the Shanghai STAR Board had it not been aborted by the regulators.”

Reuters notes that over the past three years, SGX-listed companies have raised about four times more funds in the secondary market than from primary fund raising. There are 28 firms that currently have a secondary listing on the SGX, among them Malaysia's IHH Healthcare Bhd, Top Glove Corp Bhd and Hong Kong conglomerate Jardine Matheson Holdings. In 2020, AMTD International became the first NYSE-listed company to list on the SGX as well as the first to take advantage of a dual-class share structure in the city-state.

To bolster its capital markets, Singapore may allow SPACs in the future but with more built-in risk control than seen in the US. Singaporean regulators want to prevent shell companies from rushing to merge with targets as well as excessive dilution by shareholders and sponsors. SGX plans a minimum S$300 million (US$223 million) market value for SPACs. The SGX will also require a minimum equity participation by founding shareholders and allowin SPAC mergers to be completed within three years, compared to typically two years in the US.

More in this category: « Why is Afterpay considering a US IPO? Why is HKEX riding high? »
back to top